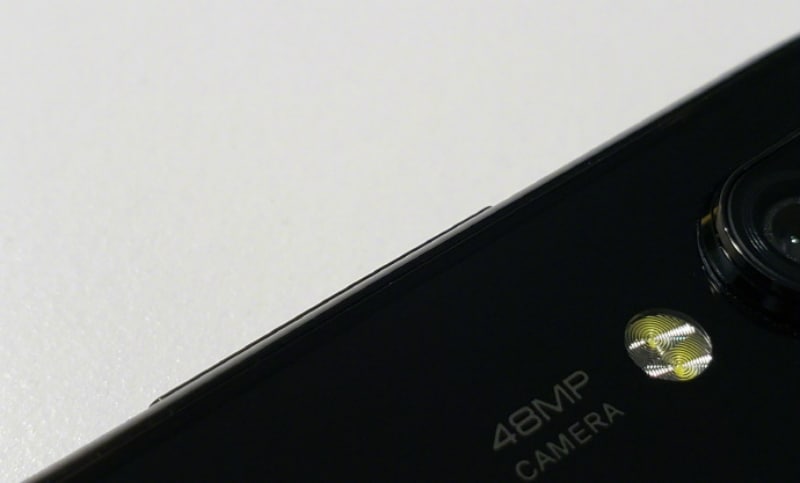 Xiaomi is looking to launch a new smartphone that will sport a 48-megapixel camera sensor. Xiaomi's President Lin Bin has shared a photo on Weibo confirming this new development. At the Qualcomm 4G/5G summit in October, Xiaomi India head Manu Kumar Jain had said that the company will launch a new smartphone with the Snapdragon 675 processor next year, and this new processor supports up to 48-megapixel sensor as well. It is likely that Jain and Lin Bin are talking of the same smartphone, and a device equipped with a Snapdragon 675 processor and a 48-megapixel rear lens is in the offing soon.

Lin Bin posted an image on Weibo, showing only a portion of the upcoming smartphone. The photo confirms that the rear lens will sport a 48-megapixel camera sensor. In his post, he also adds that he has been testing it since a few weeks, and that the smartphone will release in January. There is no name attached or rumoured for this upcoming smartphone, but we expect more leaks running up to the launch.

In July, Sony launched the Sony IMX586 sensor with effective 48-megapixels with minute 0.8 micron pixels. Sony started shipping samples to OEMs in September, so it is likely that Xiaomi could be integrating the same sensor in the upcoming device.

Furthermore, this new smartphone could also be powered by the Snapdragon 675 processor that was launched by Qualcomm in October at the 4G/5G summit in Hong Kong. Made from the 11nm LPP process technology, the SoC integrates octa-core Kryo 460 CPU, enhanced AI Engine, and an Adreno 612 GPU. On the imaging front, the Snapdragon 675 has Qualcomm Spectra 250L ISP for 14-bit image signal processing along with support for up to 48-megapixel snapshots, single 25-megapixel at 30fps with Zero Shutter Lag (ZSL) and dual 16-megapixel cameras at 30fps and ZSL.

Also, at the summit, Jain had confirmed that a new device with the Snapdragon 675 will be launched next year, and it is possible that Lin Bin and Jain are talking about the same device.

If the January launch date is true, then we should hear more about the Xiaomi smartphone very soon.