Xiaomi Permitted to Import and Sell Qualcomm-Based Handsets in India 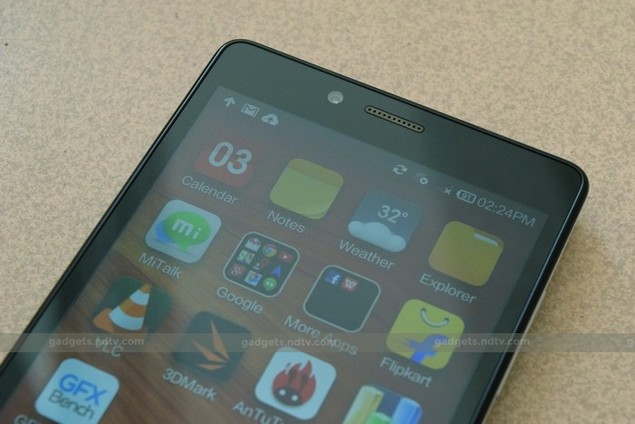 The Delhi High Court on Tuesday has permitted Xiaomi to sell and import Qualcomm chipset-based handsets until January 8 as a temporary measure.

In an interim order, the High Court had on December 8 restrained Xiaomi as well as online e-commerce site Flipkart from selling in India handsets of the Chinese mobile maker that run on the technology patented by Swedish technology company Telefonaktiebolaget LM Ericsson.

A bench headed by Justice Pradeep Nandrajog on Tuesday passed the "pro tem order" as Xiaomi had contended that Ericsson suppressed the fact that the Chinese mobile maker has also used chipsets of Qualcomm which has a licence to use patents of the Swedish company.

Xiaomi sells its handsets exclusively through e-commerce site Flipkart on every Tuesday, the court was told during the proceedings.

The bench was also told by senior advocate Kapil Sibal and advocate Ajit Warrier, appearing for Xiaomi, that on each Tuesday around one lakh units are expected to be sold on the site.

Therefore, as part of the "pro tem" or temporary measures, the bench asked Xiaomi to deposit Rs. 100 per handset sold, towards royalty, in favour of the Registrar General of the Delhi High Court and the amount so deposited be kept in a fixed deposit.

With these temporary directions, the court disposed of the appeal filed by Xiaomi challenging the High Court's single-judge bench's December 8 order.

While disposing of the appeal the court has also directed Xiaomi to furnish an affidavit, before the next date of hearing before the single judge, disclosing the number of units sold by it till then and particulars of the invoices of the Qualcomm chipsets purchased by it.

"Xiaomi needs a license from Ericsson for all their phones imported to India, which will be clarified in the upcoming hearing," an Ericsson spokesman said in an email to Reuters. Xiaomi said the company would not comment on the developments.

Xiaomi in its appeal has alleged that Ericsson while obtaining the ex-parte injunction order of December 8 did not inform the court that the Chinese mobile maker also made, imported and sold handsets having Qualcomm chipsets for which Qualcomm has obtained a licence from the Swedish company.

Xiaomi has contended that it did not infringe Ericsson's patents as Qualcomm has obtained a licence from the Swedish company for its patented technology.

This would imply that Xiaomi would be unable to sell 3G-variant of the recently launched Redmi Note (which features a MediaTek chipset) in India, while the Redmi Note 4G can still be sold.

Other phones that the company recently sold in India that are still eligible for sale are the Redmi 1S and the Mi 3 handsets, though sales of both had recently been discontinued.

The Delhi High Court had on December 8 issued an injunction order that barred Xiaomi from importing and selling devices in India till February 5, which was when the court was due to hear the Ericsson patent infringement case.

Xiaomi's Global Vice President, Hugo Barra, had issued a letter to Indian fans saying the company was complying with the injunction order, and was suspending India sales 'until further notice'.

The order was passed on the plea of Ericsson that Xiaomi has been violating eight of its patents pertaining to AMR, EDGE and 3G technologies in the field of telecommunication. The court had also issued summons and notice to Xiaomi and Flipkart and directed them to file an affidavit disclosing the number of devices - that are AMR, EDGE and 3G compliant - sold by them in India till date.

Ericsson said it had invited Xiaomi to use its Standard essential Patents by obtaining a licence, but instead of doing so, the Chinese manufacturer launched its devices in India in July 2014.

A Standard Essential Patent is the patent for the core technology essential to create something of a particular technical standard.

In this case, mobile phones cannot be made without the GSM, GPRS, EDGE and WCDMA technologies, which are patented by Ericsson.