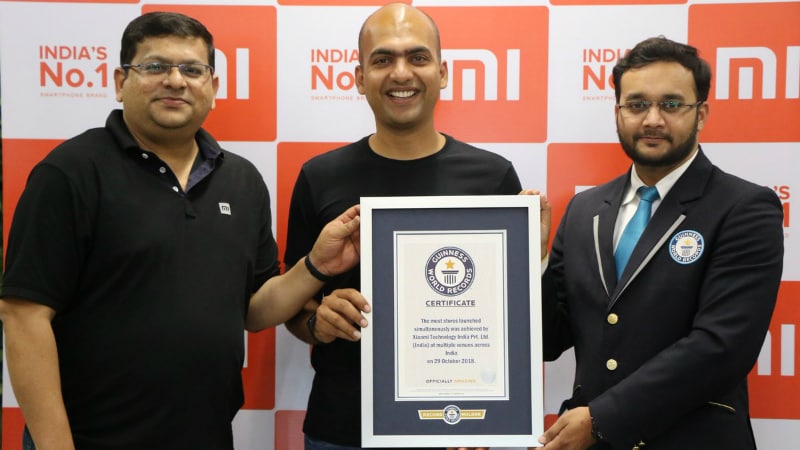 Xiaomi on Tuesday announced it opened over 500 retail stores in a single day in the rural parts of India, setting a Guinness World Record.

Called Mi Stores and opened collectively at 12pm IST on October 29, these are similar to the bigger "Mi Home" stores currently operational in metro cities.

"This new business will forever change rural retail in India," he added.

Started with the online-only strategy, Xiaomi is fast expanding its presence in offline retail as well.

In September, the company launched its fourth flagship "Mi Home" experience store in the country, in Bengaluru, along with a new office.

With the purpose of strengthening its offline network further, Xiaomi said in September it wanted to open 100 "Mi Home" stores in 2018 itself.

The company grew to a new high on the back of its successful Redmi 5A and Redmi Note 5 Pro series and refreshed Redmi 6, Redmi 6A, Redmi 6 Pro portfolio, said the report.

But the eight-year-old company wants to be recognised not as just another smartphone company and it began working towards this mission in 2014.

Along with its products in the smart home portfolio, it is also venturing into non-technology related segments like luggage, shoes, apparel and more.

Riding on its robust sales in India and Europe, China-based Xiaomi on Monday reported a 49.1 percent increase in revenue for its third quarter of 2018 as net profit reached CNY 2.48 billion ($357.23 million).