Xiaomi Mix Fold 2 is set to launch in China on August 11. 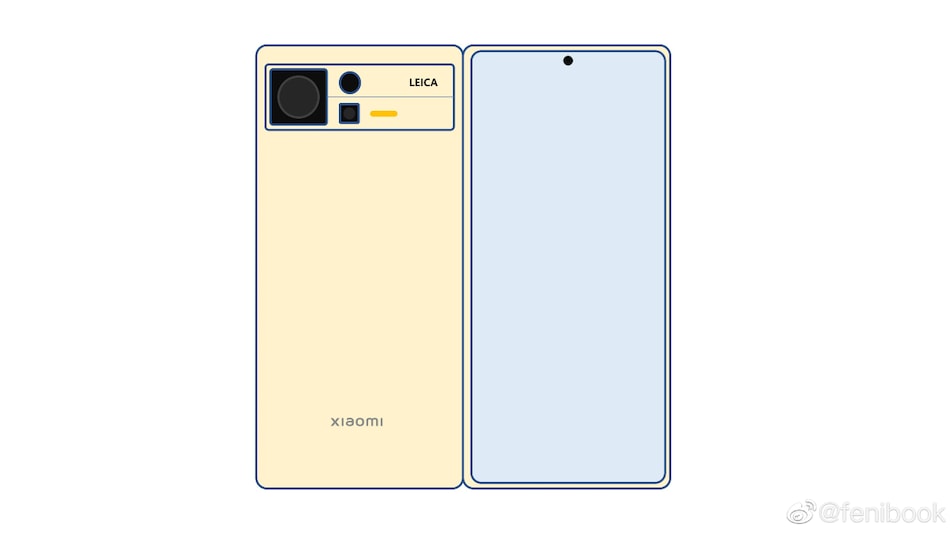 Xiaomi is set to launch the Mix Fold 2 in China on Thursday. The company offered a glimpse at this foldable smartphone from the side and revealed that it will sport a micro-droplet shape hinge. It is yet to officially reveal the design of the Xiaomi Mix Fold 2. A couple of days prior to its debut, an alleged design render of the handset has been spotted on the Chinese microblogging site Weibo. It showcases the outer display and rear panel of the upcoming smartphone.

The purported Xiaomi Mix Fold 2 design render was spotted by tipster Abhishek Yadav (@yabhishekhd). It depicts a triple rear camera setup with an LED flash and Leica branding. The outer display of this upcoming Xiaomi smartphone is said to feature slim bezels and a centrally placed hole-punch cutout.

A recent report had also suggested that the Xiaomi Mix Fold 2's outer camera might sport Leica branding. It is also expected to feature a 50-megapixel primary sensor with Dolby Vision HDR video recording support. It is said to sport a 6.5-inch outer display with a 60Hz refresh rate and an 8-inch inner panel with a 120Hz refresh rate. The smartphone could be powered by a Qualcomm Snapdragon 8+ Gen 1 SoC.

The Chinese tech giant announced on Tuesday that the Mix Fold 4 will be launched in China during a launch event set to take place on August 11 at 7pm CST/ 4.30pm IST. Xiaomi also revealed that the smartphone will be 5.4mm thin. It will also unveil the Xiaomi Pad 5 Pro and Xiaomi Buds 4 Pro at the event.