The app drawer in MIUI does not support swipe down gesture. 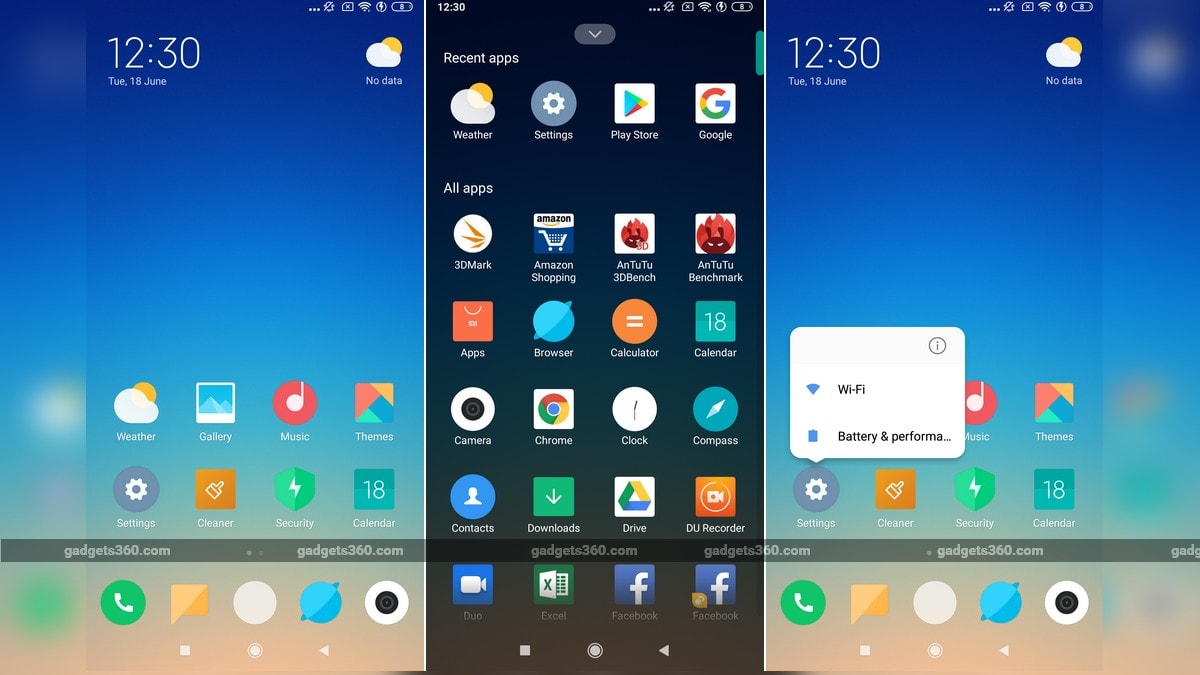 Xiaomi's MIUI comes with a tonne of features, but one major grievance that Xiaomi phone users have is the lack of an app drawer. And even though its absence is not of much significance from a functional point of view, it certainly has a lot of fans. Xiaomi appears to have finally paid heed and has been spotted testing a new build of MIUI launcher that brings the app drawer via a dedicated button on the home page. Moreover, the currently-under-development version of MIUI launcher also introduces support for app shortcuts.

It must be noted that the MIUI launcher build being talked about here is still in the alpha development stage, which means it will undergo further refinement during the beta testing before making its way to the stable version. However, it is not known when Xiaomi phone users can expect an updated version of MIUI launcher with an app drawer and app shortcuts to roll out via the stable channel.

Coming to the changes, the alpha build of MIUI with an app drawer has the build number 4.10.6.1025-06141703 and currently has support for Chinese language only for the ‘App Drawer' tool in the Settings menu. We installed the test version and can confirm that the aforementioned build features a functional app drawer button on the home page.

MIUI's app drawer button is plain grey in colour without any design or marks, and on being tapped, opens an interface with a row of recent apps at the top, while the entire catalogue of apps sits below arranged in alphabetical order. A small down arrow button can also be seen at the top, which can be tapped to collapse the app drawer interface and go back to the home screen.

However, swiping down on the app drawer does not work as a gesture, so you'll have to either press the back button or the arrow button at the top to return to the home screen. Also, swiping up won't open the app drawer either. Instead, it launches the pre-installed browser app.

Aside from the app drawer, another change brought by the alpha build of MIUI launcher is support for app shortcuts. You can long-press an app icon to open a dialogue box with quick actions for performing certain tasks.

In case you want to test the alpha build of MIUI Launcher, you can download it from here. Once you've installed it, long-press on the home screen > tap on the Settings icon at the bottom > select More. This will take you to a screen titled ‘Home Screen & Recents'.

Below the header called ‘Home Screen Settings' on this page, tap on the Chinese language text and select the second layout to enable app drawer button in MIUI. But since this is an alpha build, you might come across a number of bugs and performance issues.