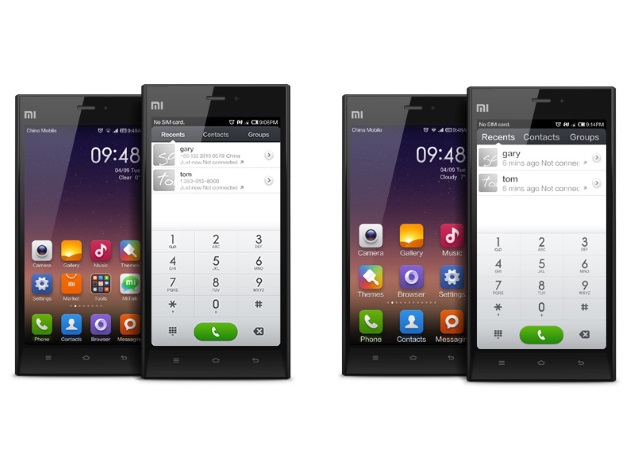 Xiaomi, after creating a buzz on social platforms, has finally revealed its first smartphone for the Indian market, the Mi 3. The smartphone is now listed on the company's site at Rs. 14,999, and will go on sale on July 15.

The Xiaomi Mi 3 runs a highly tweaked version of the Android 4.4 dubbed MIUI version 5. It comes with a 5-inch full-HD LCD display (1080x1920 pixels) offering a pixel density of 441ppi.

With the announcement of Mi 3, Xiaomi has become the first handset manufacturer to offer an Android smartphone with a Qualcomm Snapdragon 800 chipset below the Rs. 15,000 mark. It is powered by a 2.3GHz quad-core Qualcomm Snapdragon 800 (8274AB) processor coupled with 2GB of RAM and Adreno 330 GPU. The Mi 3 is listed with a 16GB inbuilt storage with no word on expandable storage support.

It sports a 13-megapixel rear camera featuring a f/2.2 aperture and dual-LED flash while the front houses a 2-megapixel camera. It is backed by a 3050mAh battery. The Mi 3 measures 144x73.6x8.1mm and weighs 145 grams. It will be available in Metallic Grey colour.

The Chinese handset maker, often referred as the 'Apple of China', has not announced its plan for selling the Xiaomi Mi 3 via any channel. Based on earlier reports, Xiaomi, following the footsteps of Motorola, is expected to team up with the e-commerce giant Flipkart to launch its handsets in the country.

Contradicting any plans of tie-up with Flipkart, Xiaomi's Global Vice President and former Google Vice President, Hugo Barra had hinted in March that the company plans to sell the smartphones at competitive prices via its own e-commerce site.