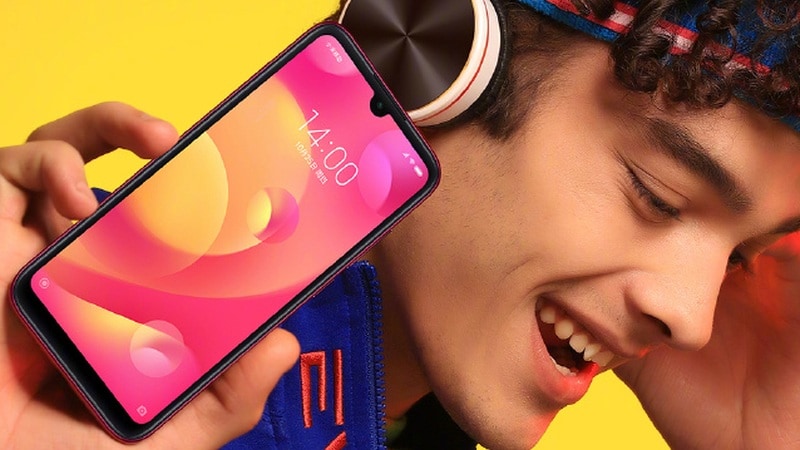 Xiaomi Mi Play price is still unknown, though some specifications are rumoured

Xiaomi Mi Play is all set to be launched in China today. The smartphone has thus far been teased showing its front and rear designs, which include a waterdrop-style display notch, a dual rear camera setup, and a gradient finish. Apart from the teasers, the new Xiaomi handset has been leaked several times as well, tipping a few specifications. The company will be live streaming the Xiaomi Mi Play launch event, and we have all those details for you here. Do stay tuned to Gadgets 360 for our coverage of the Xiaomi Mi Play launch.

The Xiaomi Mi Play launch will be live streamed on the company site, and it can also be caught on such sites as Youkou. The launch starts at 2pm CST (11:30am IST), and you can catch all the launch details right here.

As we mentioned, so far, the Xiaomi Mi Play has been confirmed to sport a waterdrop-style display notch, apart from dual camera setup at the rear. Separately, leaks tip that it will run a 5.84-inch full-HD+ (1080x2280 pixels) display along with a 19:9 aspect ratio. The smartphone is also said to have 3GB/ 4GB/ 6GB RAM options and 32GB/ 64GB/ 128GB storage options. It is also said to be powered by a 2,900mAh battery, and sport a 12-megapixel primary sensor in its rear camera setup.

The same leak also tipped that the Xiaomi Mi Play will come with 10GB of free data per month for a year, something Xiaomi also alludes to with a more recent teaser post. Notably, the smartphone's revealed design looks very similar to the M1901F9E model from Xiaomi spotted on Chinese telecommunications certification site TENAA, a smartphone that was previously thought to be the Xiaomi Redmi 7 Pro. All the rumoured specifications from another also match the listing, adding that it will be powered by an octa-core SoC clocked at a maximum of 2.3GHz, expandable storage via microSD card (up to 256GB), an 8-megapixel front camera, and dimensions of 147.76x71.89x7.8mm.