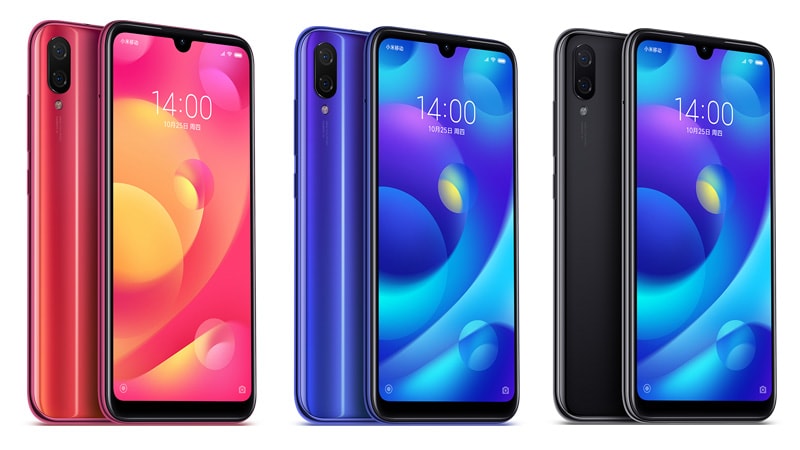 Xiaomi launched a new series in China on Monday with the Mi Play being the first smartphone to kick it off. This new Mi Play series brings quite a few firsts for a Xiaomi smartphone, the most striking of which is the waterdrop-style notch display. The new smartphone is powered by the MediaTek Helio P35 SoC and sports a gradient finish on its glass-like back. Like some of the new Xiaomi phones, the Mi Play also sports a dual camera module at the back. At the time of launch, there was only a 4GB RAM/ 64GB storage model unveiled. Since then however, two new 6GB RAM variants (one with 64GB inbuilt storage, the other with 128GB inbuilt storage) have arrived on the scene, complete with prices.

While the base 4GB RAM/ 64GB storage variant can be bought right away, the 6GB RAM variants have an arrival notice button. This means that it isn't currently on sale but Xiaomi will notify you when it becomes available. These 6GB RAM variants of the Mi Play were first spotted on the source code of the official Xiaomi website by IT Home.

The AI dual camera setup on the Mi Play consists of a 12-megapixel primary sensor along with a 2-megapixel depth sensor. It has an 8-megapixel selfie shooter that is also capable of taking HDR shots.

Connectivity options of the Mi Play include Bluetooth 4.2, dual-band Wi-Fi 802.11ac, dual 4G VoLTE and four positioning systems. It has a Micro-USB port for charging and gets a 10W charger in the box. The Mi Play also gets the Xiao AI assistant in China.