Xiaomi has entered into the mobile payment industry by announcing its own NFC-based payments service, Mi Pay. The payment system works similarly to Samsung Pay, Android Pay, and Apple Pay. It uses NFC for wireless transmission of payment information via smartphones, and aims to eliminate the use of physical credit/debit cards. Xiaomi has also announced a preliminary list of banks that support Mi Pay.

The only Xiaomi smartphone in the market that supports NFC currently is the Mi 5, and we expect the company to announce the rollout to Mi 5 users soon. Like all other NFC payment services, Mi Pay will also allow you to store your card details - be it credit, debit, loyalty, gift or membership card details - into your smartphone. It eliminates the need to carry physical cards wherever you go, and just allows you to pay via the phone. Payments can be done by just placing the NFC-enabled smartphone against a compatible reader at the retail outlet. Users merely tap the phone next to a store's payment reader to charge a credit or debit card.

Xiaomi will compete with Apple Pay and Samsung Pay, as they have already set their footprint in the Chinese market. Now that Xiaomi has launched the Mi Pay, we expect future phones to all be NFC-enabled as well. Perhaps the upcoming Redmi 4 and the Mi Note 2 will also feature NFC? 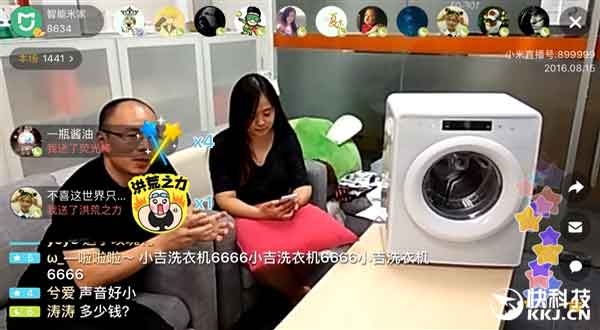 Alongside, Xiaomi has added another product in its home appliance category by launching the Mi Washing Machine. It is priced at CNY 1,499 (roughly Rs. 15,000) and is compact and portable. It weighs about 34kgs, the dimensions are at 500x630x415mm, and comes with a capacity of 2.8kgs. The Mi Washing Machine claims to be energy efficient, and also comes with a child lock. Xiaomi particularly highlights the 'cooking wash' functionality that delivers warm water (95 degrees) to sterilize clothes and kill bacteria. It can be controlled via the Mi app, and offers 14 laundry modes to choose from.