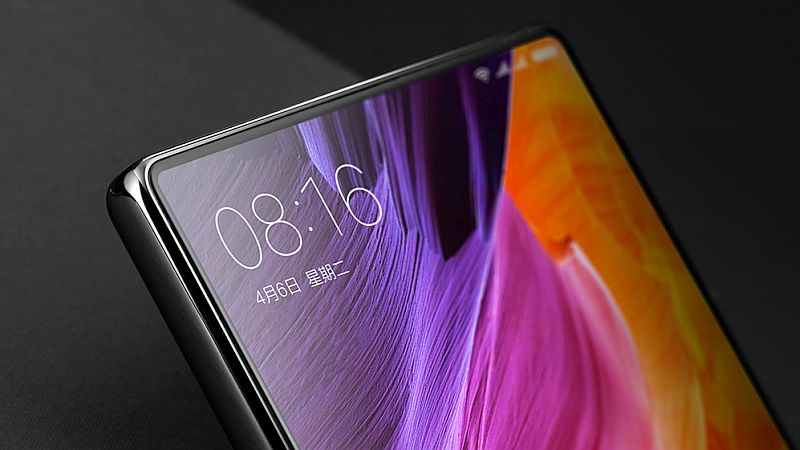 Xiaomi CEO and Founder Lei Jun has confirmed that the company is already working on the second-generation of the Mi MIX smartphone. Jun in his recent Weibo post revealed that the Chinese company is once again working in collaboration with French designer Philippe Stark to develop the Mi MIX successor. Further, Jun is his Weibo post (see below) said that Stark has come up with ideas for the Mi MIX successor and now, both the parties are now exploring ways to bring the idea into reality.

To recall, the key feature of the Xiaomi Mi MIX was its near bezel-less display with curved edges on top, and 91.3 percent screen-to-body ratio.

Unfortunately, Lei Jun hasn't shared any timeline for the Xiaomi Mi MIX II launch this year, but we can expect it in the second half of the year. The Chinese company unveiled the Mi MIX in October last year, and introduced a White version of the smartphone at CES 2017 earlier this year.

We can expect Xiaomi to work on multiple prototypes of the Mi MIX successor before deciding on the final product. Based on preliminary leaks, the Xiaomi Mi MIX II could sport an even thinner bezel with a screen-to-body ratio of up to 93 percent.

Apart from bezel-less display, Mi MIX also featured a ceramic body, which was another highlight of the device. The smartphone also came with piezoelectric acoustic ceramic earpiece speaker, as well as the ultrasonic proximity sensor rather than the traditional front-facing infrared sensor.

To refresh on the specifications, the Mi MIX include a 6.4-inch display which bears a 9:17 aspect ratio, with a 1080x2040 pixels resolution, a pixel density of 362ppi, and a 94-percent NTSC colour gamut. It is powered by a quad-core Snapdragon 821 processor coupled with 4GB or 6GB of LPDDR4 RAM. The Xiaomi Mi MIX smartphone sports 16-megapixel rear camera with PDAF, an f/2.0 aperture, and dual-tone LED flash. It bears a 5-megapixel front camera.