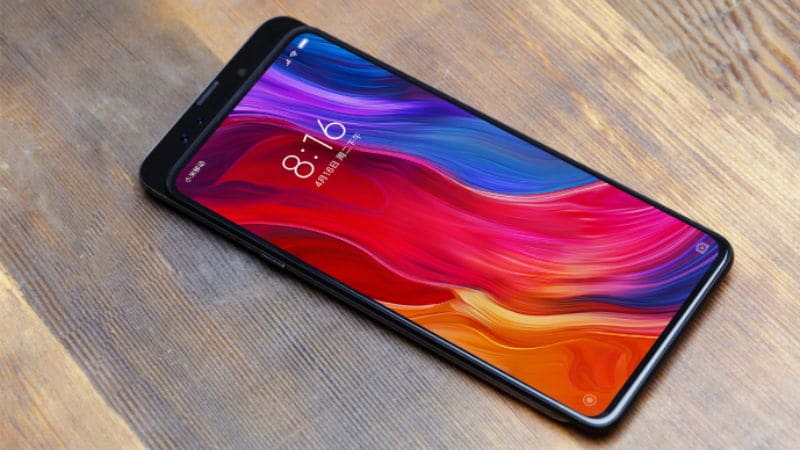 Mi Mix 3, Xiaomi's upcoming smartphone will launch in October this year. While previous reports had hinted at a September 15 launch of the Mi Mix 3, the Chinese manufacturer has now confirmed the release date of the handset. Xiaomi has also released a teaser of the smartphone and it is clear that it will come with a no-notch and no-bezel design, but not with a pop-up camera as rumoured before, and seen on Vivo's recent Nex S, smartphone. Instead, it appears to be going with a camera slider, similar to what we have seen on the Oppo Find X, on the Mi Mix 2S successor. While the Mi Mix arguably started the trend of smartphones free of bezels, the company now seems to have been inspired by Oppo's design, and looks to be keeping the Mi Mix 3's front sensors apart from the camera on the sliding mechanism.

Posted by Xiaomi President Lin Bin on Chinese microblogging site Weibo, the teaser image shows the Mi Mix 3 with its camera that is hidden behind an almost bezel-less display. The post also confirms the October launch date of the smartphone. Meanwhile, Xiaomi CEO Lei Jun also reaffirmed the same information, adding that he will "force" his colleagues to "speed up" the mass production and "fight for large-scale" sales at the end of October.

Apart from the teaser image and the month of launch, Xiaomi has not revealed any more details about the Mi Mix 3. However, it is interesting to note that unlike the Oppo Find X, it appears the entire back part of the smartphone slides instead of just the top part. It could mean that instead of just the camera sliding up Mi Mix 3 users will be able to slide down the display. It is not clear whether the functionality will be motorised or manual.

While not many official details about the Mi Mix 3 are available at the moment, the upcoming is rumoured to sport a Samsung QHD+ AMOLED display with COP packaging technology. The handset will be powered by a Qualcomm Snapdragon 845 SoC, and there will be a 20-megapixel selfie camera.