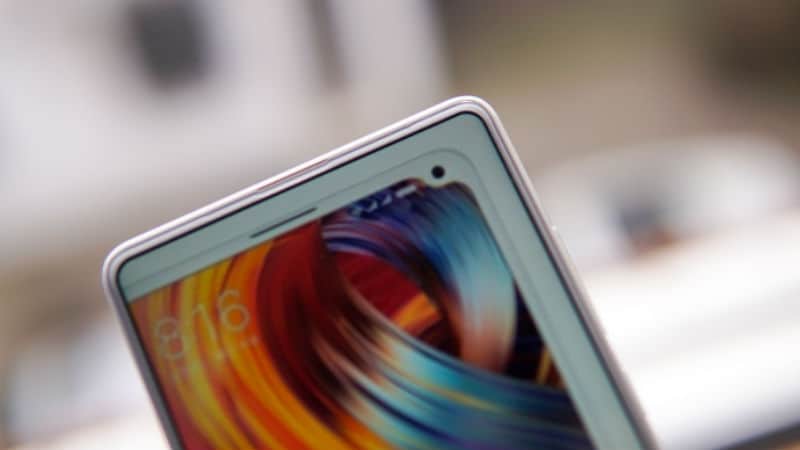 Xiaomi is set to launch the Mi MIX 2S on March 27 and rumours around the smartphone have been floating around for a while. Meanwhile, recent report suggest that the Mi MIX 2S will feature a 6.01-inch OLED screen made by Samsung. Additionally, even the upcoming Xiaomi Mi 7 is also expected to sport the same OLED panel. Further, according to a couple of leaks, the MI MIX 2S, as well as the Mi 7, might also have an under-display fingerprint scanner.

According to new details that have appeared on Weibo, Xiaomi and Samsung Display had partnered for 6.01-inch OLED displays in 2017. Further, the report states that the shipments began in December, and around 1.1 million units were shipped in the first month and 2.2 million units in the second month. The leak suggests that the Mi MIX 2S and Mi 7 may both feature 6.01-inch sized displays.

Meanwhile, as per an image leaked on Chinese website My Drivers, the Mi MIX 2S will get a fingerprint scanner under the display, where the user will have to position a finger in the lower central part of the display. The leaked image suggests the upgraded Mi MIX 2S may offer a higher screen-to-body ratio compared to the last year's model. The image that had leaked suggests that the Mi Mix 2s will come with Full Screen 3.0 design and it will feature an under-display fingerprint scanner.

In the meantime, another leak on Weibo also suggests that Xiaomi working on introducing the under display fingerprint scanner on the Mi 7 as well. The tipster has stated the Mi 7 would be coming in RAM variants of 6GB and 8GB. Both the models will be powered by Snapdragon 845. It also revealed that the Mi 7 will come with AI integration and a vertically stacked camera module.

Previously, Xiaomi had confirmed that the Mi MIX 2S will be powered by the latest Snapdragon 845 SoC. Recently, a screenshot had revealed the new Mi MIX 2 will feature a bezel-less design - without a notch or marked out space for a front-facing camera sensor. Leaks have already outed some of the key specifications of the upcoming smartphone. The leaks of the alleged Mi MIX 2S also showed that the upcoming Xiaomi smartphone will come with a massive 4400mAh battery set up. They also highlight that the handset may come with 8GB RAM and 256GB inbuilt storage.

Alongside the Mi MIX 2S, the Xiaomi Mi 7 is also a part of the rumour mill nowadays. The smartphone was already expected to come with a Snapdragon 845 SoC and is also rumoured to support wireless charging with 7.5W power, matching the wireless charging support of the latest iPhone models. China's Chongdiantou reports that Xiaomi has started testing the new support.