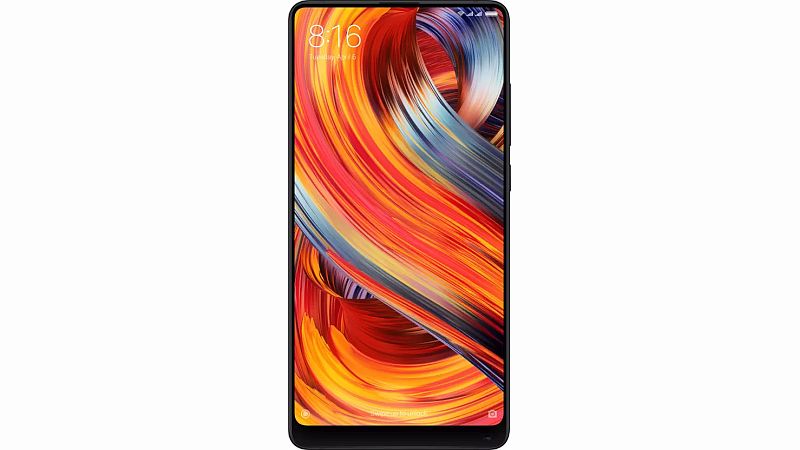 Xiaomi Mi MIX 2S, the next ambitious smartphone by the Chinese giant, was already expected to grab some attention from customers - thanks to its nearly bezel-less display. But now, it is reported that some firmware files have revealed various specifications of the upcoming smartphone. These are said to include a Qualcomm Snapdragon 845 SoC as well as the latest Android experience. Some initial reports claimed that the Mi MIX 2S will be launched at Mobile World Congress (MWC) 2018 later this month, though formal launch schedule is yet to announce.

Folks at XDA Developers claim to have gotten hold of Xiaomi Mi MIX 2S firmware files that confirm the presence of a Snapdragon 845 SoC. In December, Xiaomi and Qualcomm announced their partnership on the Snapdragon 845. Both companies didn't divulge any particular model that will feature the latest SoC, but Xiaomi CEO Lei Jun then mentioned that it would be the flagship Mi 7. However, recent rumours suggested that instead of the Mi 7, the Mi MIX 2S would be the first to come with the new Snapdragon processor - in line with what the firmware files have pointed out now.

The firmware files also tip that the Xiaomi Mi MIX 2S, which is codenamed "polaris", will run Android 8.0 Oreo out-of-the-box. This also means that the smartphone may be Project Treble compatible. Additionally, the reported firmware files mention that the smartphone will come with an FHD+ (1080x2160 pixels) display that will have 18:9 aspect ratio and will pack a 3400mAh battery. The unannounced smartphone is also said to have a 3400mAh battery.

Alongside specifications, the firmware files reportedly specify some AI camera features on the Mi MIX 2S that will enable the image sensors to offer scene recognition support, likely to be similar to what the Huawei Mate 10 already offers. The camera hardware is so far uncertain, but some binaries in the firmware files are reported to have suggested a Sony IMX363 sensor. Further, there were properties for features such as "object tracking", "automatic HDR", and "chroma flash" that are expected to distinguish the experience from other Xiaomi devices. These proprieties were disabled at the time of examination by the XDA Developers team, though. Other developments that are discovered within the obtained files include dual-SIM support, an IR blaster, and a notification LED light.

It is still ambiguous that by when Xiaomi will bring the Mi MIX 2S to the market. We might have to wait for some more days, until the forthcoming MWC, for the availability and price details. Meanwhile, you can see some of the of late leaked renders to have a glimpse of what's cooking up behind the scenes. The most recently leaked render posted on Chinese micro-blogging site Weibo even hinted the presence of a rear-mounted fingerprint sensor, 8GB LPDDR4X RAM, 256GB UFS onboard storage, a dual rear camera setup with two 12-megapixel image sensors, and global 4G LTE bands.