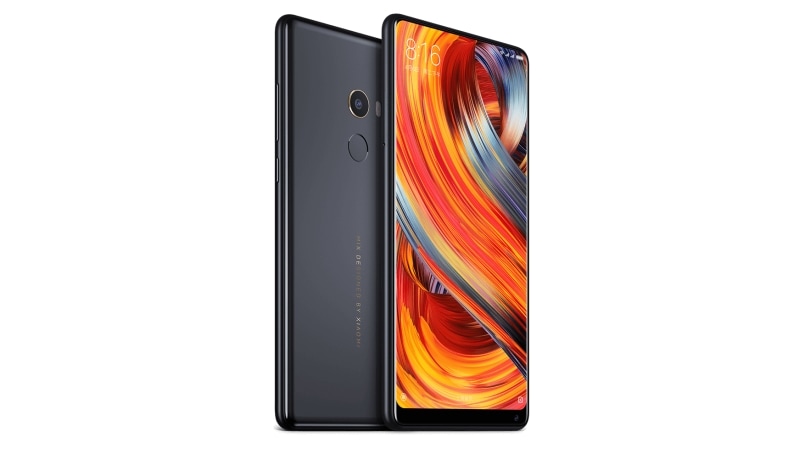 Mi MIX 2 sale is on Friday, September 15 and registrations begin on Monday itself

Xiaomi Mi MIX 2 was launched on Monday at an event in China, featuring a massive 5.99-inch bezel-less display with 18:9 aspect ratio, ceramic body, 6GB RAM, and facial recognition technology. Apart from these, highlights of the new Mi MIX 2 include the implementation of a 12-percent smaller chin (bottom bezel) than the previous generation Mi MIX, the use of a hidden sound-guided speaker as well as an ultrasonic proximity sensor. Along with the new handset, Xiaomi launched the Mi Note 3 smartphone with dual rear cameras at the same event, as well as a Special Edition model of Xiaomi Mi MIX 2 with ceramic body, 8GB RAM and 128GB storage.

The new Xiaomi phone launches just a day before the iPhone 8 and iPhone X are expected to be unveiled by Apple, and only a few weeks after Samsung Galaxy Note 8 became official. Another top-end handset joining the fray soon is Google Pixel XL 2, meaning more competition for the new Mi MIX 2.

The first Mi MIX 2 flash sale in China is on Friday, September 15 and registrations for the same start on Monday. The Special Edition model will go on sale in November.

Xiaomi Mi Mix 2 be 11.9 percent smaller in the body compared to the 6.4-inch Xiaomi Mi Mix, 2.5 percent thinner, and 11.5 percent lighter. It is also 7 percent smaller than the iPhone 7 Plus, which has a 5.5-inch display. The regular edition of the smartphone will be available in a Black colour variant, which also features a Black lens coating for the front and rear camera, apart from an 18K gold plated camera ring on the rear camera. The smartphone features a frame built out of 7-Series aluminium, holding in the four-sided curved ceramic body. The Special Edition (seen below) features a complete ceramic body, and will be available in both Black and White colour variants.

Getting back to the 'hidden sound-guided speaker', Xiaomi has replaced the original resonating frame with a 50mW membrane speaker, sound guiding tube, and a sound hole. The smartphone also supports 6 modes and 43 bands - making it a 'global LTE smartphone'.

The dual-SIM (Nano-SIM) Xiaomi Mi MIX 2 features a 5.99-inch FHD (1080x2160 pixels) 18:9 display with a pixel density of 403ppi and a DCI-P3 colour gamut. It is powered by a Snapdragon 835 SoC clocked at up to 2.45GHz and coupled with 6GB of RAM - up to 8GB RAM for the Special Edition. It sports a 12-megapixel Sony IMX386 sensor with 1.25-micron pixels, 4-axis optical image stabilisation, 5-piece lens, an f/2.0 aperture, as well as a facial recognition feature. On the front, it bears a 5-megapixel front camera with a facial recognition function.

The regular variant of the Xiaomi Mi MIX 2 measures 151.8x75.5x7.7mm, and weighs 185 grams. The Xiaomi Mi MIX 2 Special Edition on the other hand measures 150.5x74.6x7.7mm and weighs 187 grams. Both variants are powered by a 3400mAh battery. Sensors on board include accelerometer, ambient light sensor, barometer, digital compass, gyroscope, and ultrasonic proximity sensor.

iPhone 8, iPhone X, 4K Apple TV, and More: What to Expect from Apple's September 12 Event
Google Privacy Dashboard Redesign Makes It Easier to Find What Google Knows About You