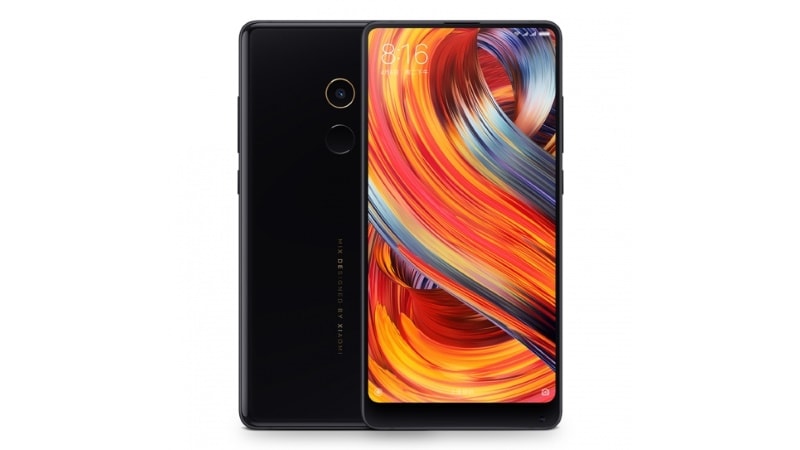 The Xiaomi Mi MIX 2 with a bezel-less edge-to-edge display was made available in its flash sale in China on Friday. And as expected with the rapid deman, the smartphone was sold out in just 58 seconds from the beginning of the sale, says a report. There is no information on how many units were placed for sale. The other smartphone, Mi Note 3 that debuted alongside Mi MIX 2, also went on sale the same day - however its sale numbers are not available as of now.

According to a report (Translated version) on Chinese website MyDrivers, the Xiaomi Mi MIX 2 units were sold out entirely in just a matter of 58 seconds. It has posted an official image from Xiaomi showing the milestone that its latest flagship smartphone has earned for itself. Just earlier this week, the MI MIX 2 crossed over half a million registrations, while the demand for the smartphone increased over time.

As we said, Xiaomi did not officially provide the number of units available for sale, but the company has promised that they had a reasonable inventory of Mi MIX 2. The next sale of Mi MIX 2 will open on September 19. Xiaomi has said that buyers do not need to worry about the stock as the production of Mi MIX 2 is happening in large quantities.

As for the specifications, Xiaomi Mi MIX 2 features a 5.99-inch full-HD (1080x2160 pixels) 18:9 display with a pixel density of 403ppi and a DCI-P3 colour gamut. It is powered by a Qualcomm Snapdragon 835 SoC clocked at up to 2.45GHz and coupled with 6GB of RAM - up to 8GB RAM for the Special Edition (Mi MIX 2 Special Edition). It sports a 12-megapixel Sony IMX386 sensor with 1.25-micron pixels, 4-axis optical image stabilisation, 5-piece lens, an f/2.0 aperture, as well as a facial recognition technology. On the front, it packs a 5-megapixel camera with the same facial recognition function. Connectivity options include 4G LTE, dual-band (2.4GHz and 5GHz) Wi-Fi 802.11ac, GPS/ A-GPS, Bluetooth v5.0, and USB Type-C.