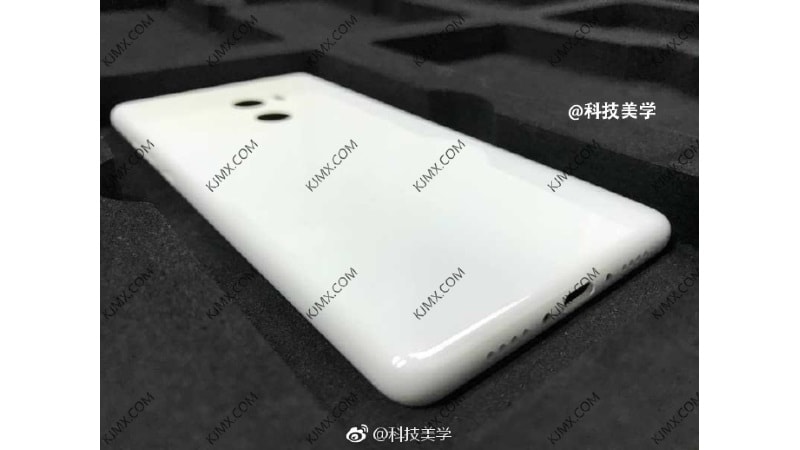 Xiaomi's upcoming Mi Mix 2 smartphone has a fair deal of excitement around it and even though the company has not made any official announcement about the launch date of the handset, it has now been tipped to launch on September 12 - the same day as the rumoured launch of the iPhone 8. Separately, the leaked live render of the smartphone might have given us a glimpse the back of the yet-to-be-announced smartphone.

Talking about the leaked renders first, a Weibo user has shared alleged live image of the Mi Mix 2 smartphone, which show the back of the smartphone. In the live image, the smartphone seems to have a glossy ceramic back and two circular cut-outs, which could indicate dual cameras or a single camera sensor and a fingerprint scanner at the back.

We can also see the stereo speakers at the bottom of the smartphone along with a USB Type-C port and a 3.5mm headphone jack. As much of the design is unclear from this live image, we might have to wait before we get a better look at the handset.

The other leak comes from China as well and suggests that the Xiaomi Mi Mix 2 smartphone might be unveiled on the same date as the expected launch of iPhone 8, i.e.m September 12.

Earlier, a concept video suggested that the Mi Mix 2 might feature even thinner bezels than its predecessors and a separate leak tipped the upcoming smartphone to feature 3D Facial Recognition feature as well.