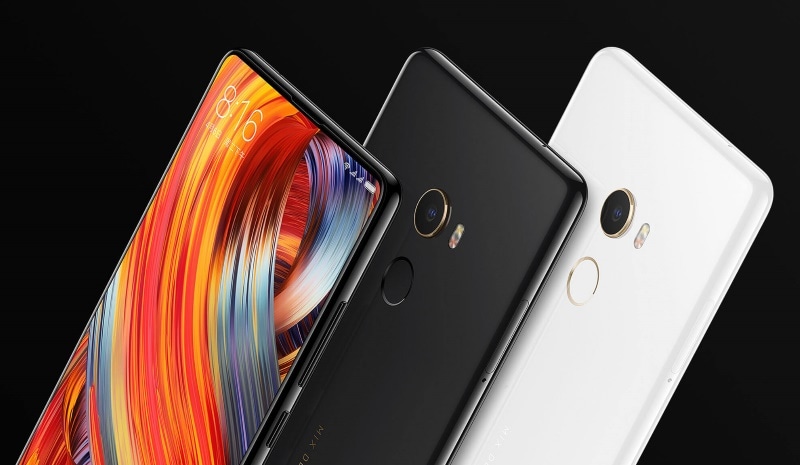 Xiaomi on Monday finally took the wraps off its highly anticipated bezel-less smartphone, Mi MIX 2, at an event held in Beijing. Alongside, the Chinese mobile giant also launched two more products - Mi Note 3 smartphone and Mi Notebook Pro laptop. The Xiaomi Mi MIX had been in the spotlight since it was launched last year, and following the same design cues this year its successor the Mi MIX 2 is bound to gain some attention with its impressive bezel-less display. However, unlike its predecessor, the Mi MIX 2 has been confirmed to launch in India soon.

Manu Kumar Jain, MD of Xiaomi India, took to Twitter to confirm in a post that the freshly launched Mi MIX 2 will be launched soon in the country. He, however, didn't share any specific timelines for the same. It will be interesting to see when Xiaomi chooses to launch Mi MIX 2 in India considering the huge demand and fanfare the company enjoys in terms of its smartphones.

As a matter of fact too, last year when the Mi MIX was launched, there was no other smartphone display that people saw before like the one on Mi MIX. Soon, everyone shared their desire to own one, but were disappointed when the smartphone was confined to China. Then at CES 2017, Xiaomi unveiled a White colour variant of the phone. It was only in April that the smartphone was brought to another country, specifically, Russia.

While the announcement contains the name of Mi MIX 2 only, it will be interesting to see if Xiaomi opts to bring the Mi MIX 2 Special Edition to India too.

For the specifications, Xiaomi Mi MIX 2 features a 5.99-inch full-HD (1080x2160 pixels) 18:9 display with a pixel density of 403ppi and a DCI-P3 colour gamut. It is powered by a Qualcomm Snapdragon 835 SoC clocked at up to 2.45GHz and coupled with 6GB of RAM - up to 8GB RAM for the Special Edition (Mi MIX 2 Special Edition). It sports a 12-megapixel Sony IMX386 sensor with 1.25-micron pixels, 4-axis optical image stabilisation, 5-piece lens, an f/2.0 aperture, as well as a facial recognition technology. On the front, it packs a 5-megapixel camera with the same facial recognition function. Connectivity options include 4G LTE, dual-band (2.4GHz and 5GHz) Wi-Fi 802.11ac, GPS/ A-GPS, Bluetooth v5.0, and USB Type-C.

iPhone X Launch Time, Price, Specifications, Features, and Everything Else You Need to Know