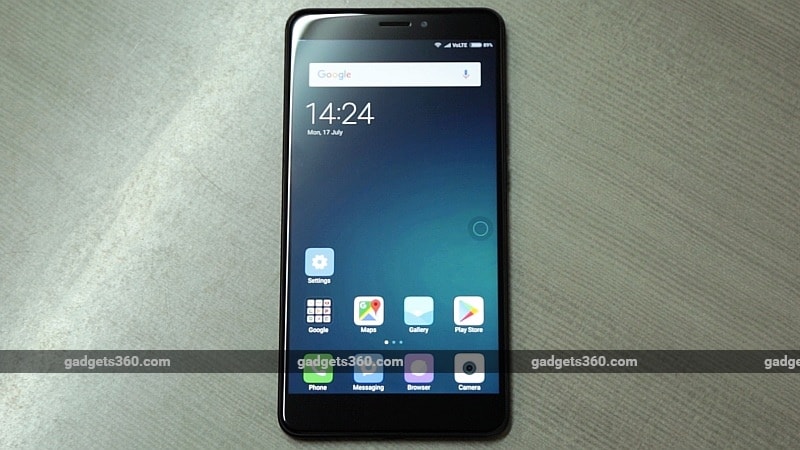 Xiaomi Mi Max 2 price in India has been permanently slashed by the company just two months after launching the handset in the country. The smartphone, originally launched in July, is now available for as low as Rs. 13,999. This represents a Rs. 1,000 discount over Mi Max 2 price for the base variant, which has 32GB storage. On the other hand, the 64GB variant of Mi Max 2 will now cost Rs. 15,999, down from Rs. 16,999. Flipkart is making the deal even sweeter by offering you an exchange discount of up to Rs. 15,000 in return of your existing handset.

You can also opt for the buyback guarantee on the e-commerce site to give you a guaranteed value of the Mi Max 2. Further, you can use your Axis Bank Buzz credit card to get an additional five percent discount.

The Xiaomi Mi Max 2 is the successor to the original Mi Max that was unveiled in May. The smartphone has a 6.44-inch IPS display with 1080x1920 pixels (full-HD) resolution and Corning Gorilla Glass 3 protection. Under the hood, the handset has a Qualcomm Snapdragon 625 SoC with an octa-core Cortex-A53 CPU and Adreno 506 GPU. There is a 12-megapixel primary camera sensor with f/2.2 aperture and dual-LED flash and a 5-megapixel secondary sensor with an f/2.0 aperture lens. The handset packs a 5300mAh battery and runs on Android 7.1.1 Nougat operating system with MIUI 8.0.

In addition the price-drop of the Mi Max 2, Xiaomi is all set to launch a new selfie-centric smartphone in India on November 3.