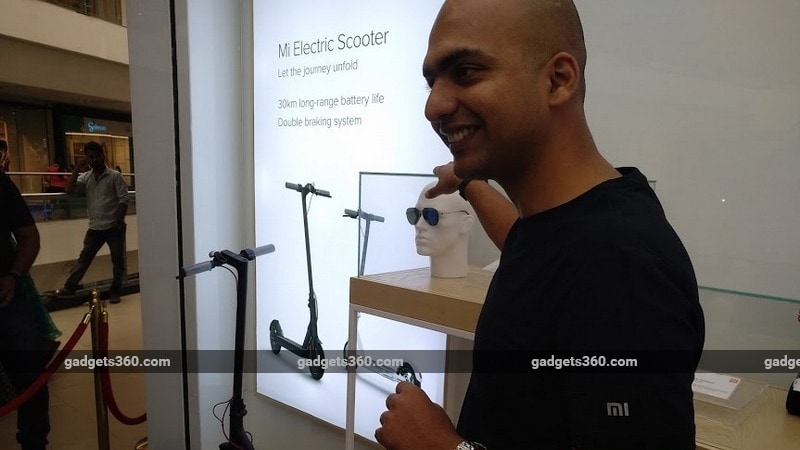 When launching the first Mi Home store in India, Xiaomi's own store last year, the company's Global Vice President, and Managing Director India, Manu Kumar Jain said the goal was to have a store where you could see not just the products launched in India, but everything that Xiaomi had to offer.

On Wednesday, Xiaomi launched its first Mi Home Experience store in India, which opens on Thursday at the Phoenix Marketcity Mall in Chennai. This is the 25th Mi Home store to launch in India, and according to Jain, the country is on track to open its 100th store by 2018.

"Think of this as a flagship Mi Home, where we will show not just the products that we have already launched in India, but also the ones that we want to bring to the market," explains Jain. The experience centre in Chennai is divided into three parts - the first showcases products such as the Ninebot Plus "hoverboard", and the Mi Robot Builder.

Next, there are the different phones that the company is selling, and products such as the Mi Air Purifier. Finally the third part again shows products that are not in India, such as the company's laptops, its rice cooker, and water purifier.

"Most people think of Xiaomi as only a phone brand, but actually there are a host of products that we have that are not being sold in India," says Jain. "We have a portable air purifier that you can take in a car, smart scooters, laptops, robot vacuum cleaners, our electric toothbrush, and more."

The idea is to showcase these products to Indian consumers, to gauge interest in bringing them to the country, and to work out how to customise these products in order to make them successful in India, according to Jain.

"These are products that may not have been launched, but in the next few years, we want to open up all these categories," he says. "The Mi Home Experience store becomes a place where our Indian customers can tell us what do you want, what customisation should we add?"

On the other hand, he added that the phones Xiaomi has launched in other parts of the world but not in India are not likely to be showcased in a Mi Home Experience store. "If a phone was not launched in India, that's because we're not planning to launch it here, it's not a good fit for the market," explains Jain. "With the products here, we want to figure out how to bring them to India."

Xiaomi plans to open at least one Mi Home Experience store in the major cities, and after Chennai, the next two planned are Delhi and Mumbai. "We started working on these three to four months ago, we didn't specifically plan to open in Chennai first, but the idea was, we want to do this, so let's figure out where we can make this work," Jain adds.

Vivo Said to Make Announcement Related to APEX Concept Phone on March 5
Over 840 Million Hours of Xbox 360 Games Played on Xbox One: Microsoft