Xiaomi Mi Community for India to Launch on June 20 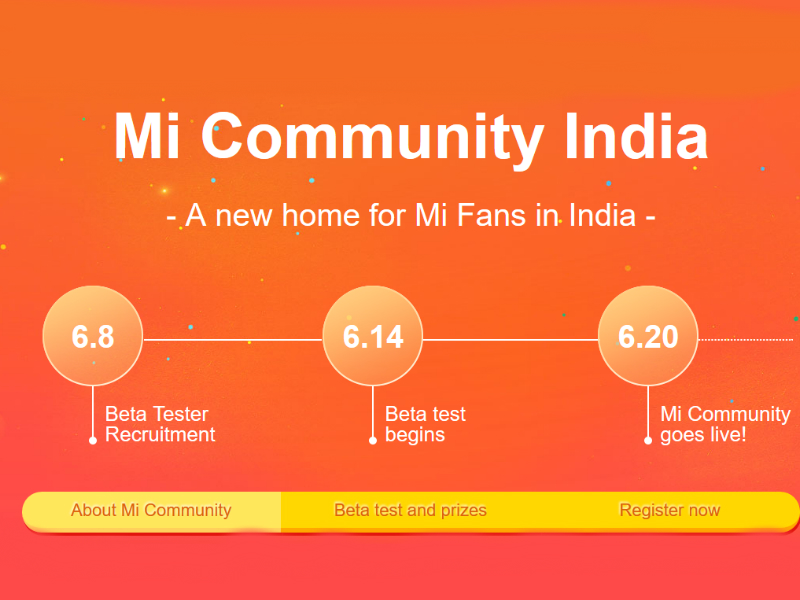 Xiaomi is launching a dedicated Mi Community for India on June 20. It is already accepting registrations for community beta testers, and the beta forum will go live on June 14.

The company has announced that the forum will typically work like its Chinese counterpart. It will allow registered Mi fans to contribute ideas, share feedback, take part in contests, and be a part of launch events too. Xiaomi is looking to recruit 500 beta testers for now, and the chosen users will get a link to the beta community site on June 13 via email.

Hugo Barra, Xiaomi Global Vice President, also stated that the company is bringing the famous Mi pop party to India. However, the details of the party will only be announced once the Mi Community goes live on June 20. Beta testers will also get to use MIUI 8 before release, and of course provide feedback. Registration for the Mi Community can be done here.

In the meanwhile, the Xiaomi Mi 5 was this week made available via Flipkart, Amazon India, Snapdeal, and Tata Cliq.

Facebook Brings 360-Degree Photos to News Feed
Line to Raise Up to $1.05 Billion in Dual IPO in Tokyo, New York