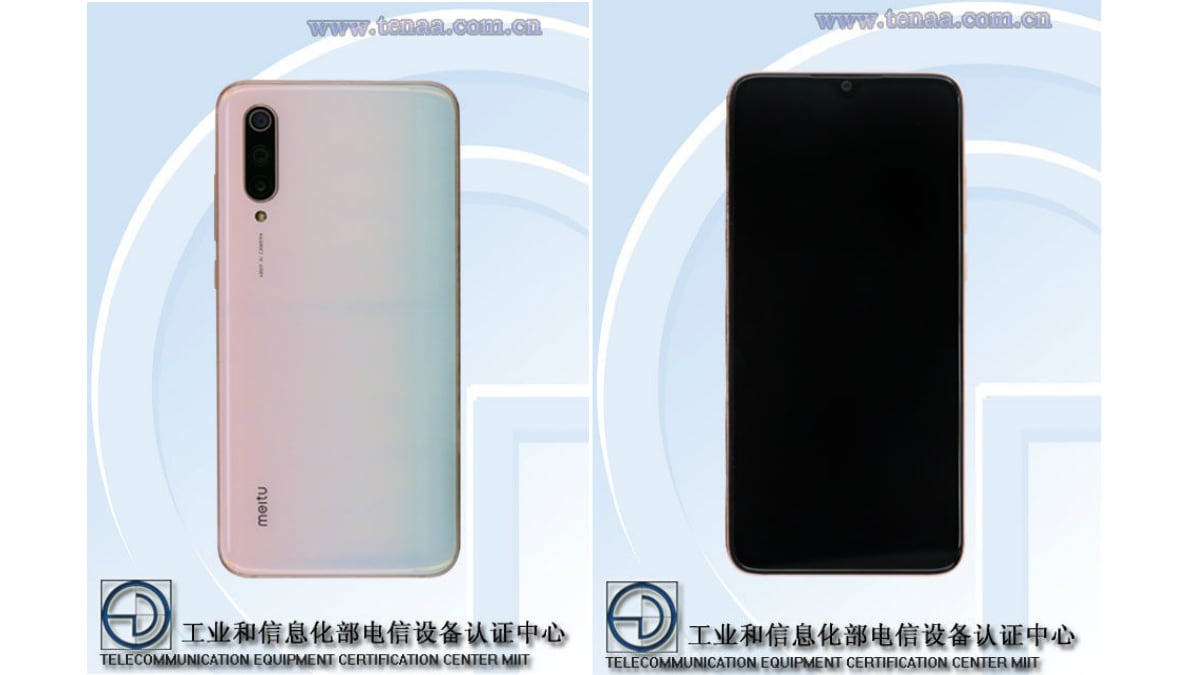 Mi CC9 series is set to launch on July 2

Xiaomi has confirmed that it is launching the Mi CC9, Mi CC9e, and Mi CC9 Meitu Custom Edition phones on July 2. Two of those phones have now purportedly been spotted on TENAA certification site. The listings reveal key specification details of the Mi CC9 and Mi CC9e. The company has already confirmed that the Mi CC9 will pack 8GB RAM and offer 256GB of internal storage. It is confirmed to sport a triple rear camera setup with a 48-megapixel sensor, and a 32-megapixel selfie snapper as well.

Coming to the alleged TENAA listings, the photos attached suggest that the Mi CC9 will have a waterdrop-style notch, a triple camera setup aligned vertically that has already been confirmed, and an in-screen fingerprint sensor. The listing for model number M190F3BT, which is most likely the Mi CC9 suggests that the phone run on Android Pie, sport a 6.39-inch display, be powered by an unnamed 2.2GHz octa-core processor. It was previously reported that the Mi CC9 will be powered by the Snapdragon 730 processor, so the listing could be pointing towards the same. It is said to come in multiple variants – 4GB + 64GB, 6GB + 128GB, and 8GB + 256GB. The Mi CC9 is listed to pack a 3,940mAh battery and is equipped with an in-screen fingerprint scanner.

The M1906F9SC, which is likely the Mi CC9e, is listed on TENAA as well. The listing tips a 6.08-inch display, a similar 3,940mAh battery, and measure at 153.47x71.85x8.475mm. Little else is mentioned about the Mi CC9e on TENAA as of now. The photos suggest a waterdrop-style notch, and a triple rear camera setup as well. The only notable difference is that the Mi CC9 comes with the Meitu branding at the back, while the Mi CC9e comes with Xiaomi branding. The listings were first spotted by MySmartPrice.