Xiaomi Mi A2 With 4GB RAM, Android 8.1 Spotted on Geekbench 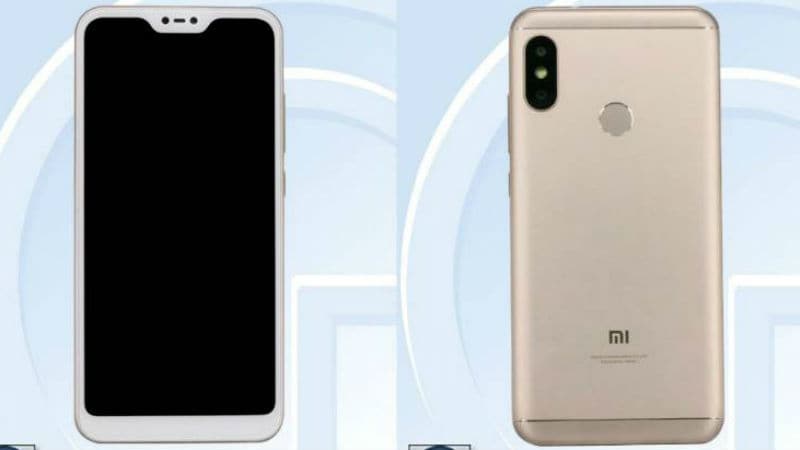 Mi A2, the rebranded version of the Xiaomi Mi 6X, may soon launch in India, following the trend of the Mi 5X and the Mi A1 - which was Xiaomi's first Android One smartphone. Now, new details about the upcoming Xiaomi smartphone have emerged, that are in line with most previous rumours. The Xiaomi Mi A2 has been spotted on a benchmark site, and as per the listing, the handset will be equipped with Android 8.1, 4GB RAM, and Snapdragon 660 SoC..

As per a Geekbench listing, the Xiaomi Mi A2 was able to score 1,630 on the single-core test and rose to 4,657 on the multi-core test. The details suggest that the smartphone was able to score the results because of the presence of Qualcomm Snapdragon 660 processor. Additionally, the Mi A2 is equipped with 4GB RAM and runs Android 8.1 Oreo. Apart from these features, similar to the Mi A1 and Mi 5X, the Mi A2 is expected to pack the same features as the Mi 6X.

The Xiaomi Mi 5X was launched in July 2017 and the Mi A1 arrived in September last year. Going by that time frame, the Mi 6X was unveiled in April this year, so the Mi A2 is expected to be launched anytime soon. Interestingly, a Xiaomi Mi A2 Lite variant was spotted on a Singapore certification site earlier this month. The listing had suggested that the Xiaomi Mi A2 Lite will come with a display notch, a vertical dual camera setup at the back, and a fingerprint scanner as well.

When it comes to the specifications, it is expected that the Mi A2 will sport the same specifications as the Redmi 6X. The dual-SIM Xiaomi Mi 6X runs MIUI 9.5 based on Android 8.1 Oreo. The handset sports a 5.99-inch full-HD+ (1080x2160 pixels) display with an 18:9 aspect ratio. It is powered by a Qualcomm Snapdragon 660 SoC, coupled with 4GB/ 6GB of RAM and 64GB/ 128GB of inbuilt storage. In terms of optics, the Mi 6X/ Mi A2 gets a dual rear camera setup with a 12-megapixel primary sensor and a 20-megapixel secondary sensor. The rear cameras come bundled with PDAF and dual-tone LED flash. The selfie camera gets a 20-megapixel Sony IMX376 sensor with f/1.75 aperture and soft-LED flash.

Connectivity options on board the Xiaomi Mi 6X include 4G LTE, dual-band Wi-Fi 802.11ac, Bluetooth 5.0, USB Type-C port, and Wi-Fi Direct. Sensors include an accelerometer, ambient light sensor, gyroscope, and proximity sensor. There is a 3010mAh battery under the hood.