Xiaomi Mi A2, Mi A2 Lite Teasers Hint at Colour Options, Camera Details Ahead of Launch 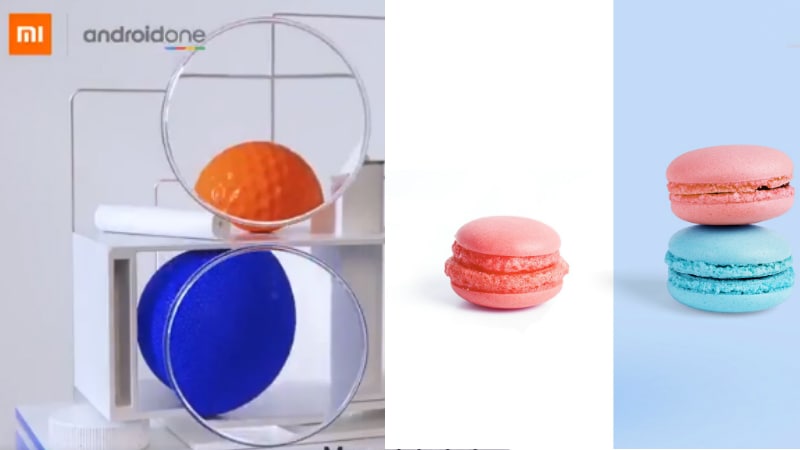 The Mi A2 and Mi A2 Lite launch in Madrid, Spain, is just a day away, but Xiaomi just cannot stop with the teasers. The latest bunch hints on the Bokeh effect that will be available on the two phones, thanks to the vertically stacked dual camera setup, and the telephoto lens capabilities of zooming in while capturing all the detail. The company also teases the arrival of the two devices in Pink and Blue colour options, apart from others that may be announced during the event tomorrow. There is also a teaser which hints at the price of the Mi A2 and Mi A2 Lite. The Madrid event kicks off at 11am local time, or 2:30pm IST. Let's dive into all the recent teasers to see what we can expect from the event in Spain.

First up, Xiaomi hints at a possible telephoto lens with its latest teaser on Twitter, and it shows two lenses magnifying an object that is far away, without losing any detail. There's also another teaser that hints at the Bokeh effect and Portrait mode that is now becoming synonymous on all new phones. It also hints at a feature that will allow you to change focus between background and foreground, depending on your preference. Another teaser hints at two colour options for the Mi A2 and Mi A2 Lite - Pink and Blue.

Lastly, a fresh teaser puts the predecessor Xiaomi Mi A1 up front, and asks users to guess the price of the Mi A2 and Mi A2 Lite. This hints at a price tag that is similar to the predecessor when it launched, or it could be possible that the Mi A2 and Mi A2 Lite sport an even lower price tag. To recall, the Mi A1 was launched for Rs. 14,999 last year.

While Xiaomi hasn't revealed any specifications of the two new Mi-Series models, the rumour mill has reported much about both. Being a part of the Android One programme run by Google, the Xiaomi Mi A2 and Mi A2 Lite will run stock Android 8.1 Oreo out-of-the-box with the latest Android security patch. The new smartphones are expected to come with multiple configurations, including 3GB or 4GB RAM and 32GB or 64GB of inbuilt storage. The Mi A2 is anticipated to be the Android One certified global variant of the Mi 6X launched in China in April. If the specifications are similar, the Mi A2 will feature a 5.99-inch full-HD+ display with an 18:9 aspect ratio. Under the hood, it is rumoured to include a Qualcomm Snapdragon 660 SoC, paired with 4GB of RAM. The smartphone is also likely to come with a dual rear camera setup that includes a 12-megapixel primary sensor and a 20-megapixel secondary sensor - both featuring an f/1.75 aperture, along with an LED flash module. On the front, it could have a 20-megapixel sensor with artificial intelligence (AI) backed features, including an AI Portrait mode. The handset may also have 4G LTE, Wi-Fi 802.11ac, Bluetooth v5.0, GPS/ A-GPS, USB Type-C, and a 3.5mm headphone jack on the connectivity front and a 3010mAh battery.

Meanwhile, the Xiaomi Mi A2 Lite will reportedly sport a 5.84-inch full-HD+ display with a 19:9 aspect ratio and a Qualcomm Snapdragon 625 SoC, paired with 3GB RAM option and up to 64GB of onboard storage that is expandable via microSD card (up to 256GB). In terms of optics, the smartphone will likely come with a 12-megapixel primary sensor and a 5-megapixel secondary sensor within its dual rear camera setup and a 5-megapixel front camera sensor. Besides, it could come with a 4000mAh battery and offer connectivity options such as 4G LTE, Wi-Fi 802.11ac, Bluetooth v4.2, GPS/ A-GPS, and Micro-USB.