Xiaomi to Not Launch Mi A2 4GB RAM, 32GB Storage Variant in India 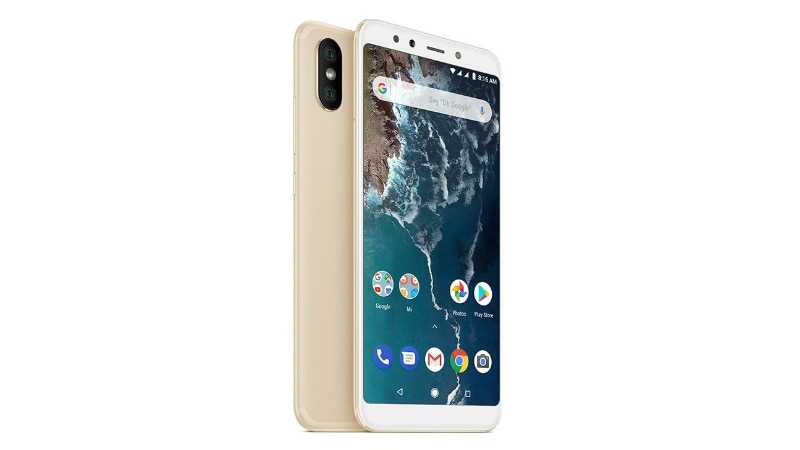 The Xiaomi Mi A2 India launch event will not see all the variants of the smartphone being launched in the country. The company will not be launching the base 4GB RAM and 32GB storage variant of the Mi A2 in India, Gadgets 360 has learnt. Instead, the 4GB RAM and 64GB storage option will serve as the entry-point for the smartphone in the country. The Indian market will also see an extra colour option launching, up from the three announced at the Tuesday's event in Spain. The Xiaomi Mi A2 India launch event is scheduled for August 8.

While Xiaomi is setting the 4GB RAM and 64GB storage Mi A2 variant as the base model for the Indian market, deliberations are still going on whether the 6GB RAM and 128GB option should be released as well in the country. Moreover, the Indian market will see the smartphone in Rose Gold colour, apart from the Gold, Black, and Blue hues that were revealed at the global unveiling.

Gadgets 360 has also learnt that the variants launched in India will support Quick Charge 4. This will be an upgrade from the Quick Charge 3.0 that the global variant of the Xiaomi Android One phone packs. Qualcomm claims the Quick Charge 4 standard can deliver juice worth 5 hours in 5 minutes of charge. However, the company will bundle a standard 10W charger and not a fast-charging charger.

Xiaomi Mi A2 vs Mi A1: What's New and Different

Previously, Xiaomi India head Manu Kumar Jain had announced that the Mi A2 India launch event will be held on August 8. The smartphone is a follow-up to last year’s Mi A1 and the rebranded version of the Mi 6X smartphone, featuring the stock Android 8.1 Oreo software and promise of quick software updates.

Xiaomi Mi A2 price and specifications

As for the specifications, the dual-SIM (Nano) Xiaomi Mi A2 runs an optimised stock version of Android 8.1 Oreo, certified by Google's Android One programme, and sports a 5.99-inch full-HD+ (1080x2160 pixels) display with a 18:9 aspect ratio, 2.5D curved glass, and Gorilla Glass 5. It is powered by an octa-core Qualcomm Snapdragon 660 SoC, paired with an Adreno 512 GPU.

In terms of connectivity, the smartphone includes 4G LTE, Bluetooth v5.0, dual-band Wi-Fi 802.11ac, Miracast, an IR emitter, and USB Type-C. There is no 3.5mm headphone jack on the Xiaomi Mi A2. Sensors on the handset include accelerometer, ambient light sensor, gyroscope, and proximity sensor.