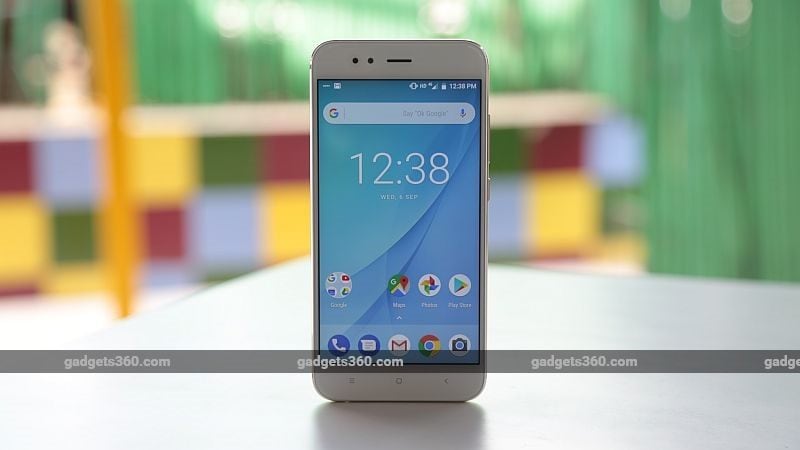 August Security patch starts rolling out to Mi A1

Xiaomi Mi A1, the Chinese phone maker's first Android One-based smartphone, has started receiving a software update that includes the August 2018 Android security patch. While the update is rolling out over-the-air (OTA), users can also flash the Fastboot ROM. As per the changelog, the August 2018 security update improves security and comes with some bug fixes. The update also improves device stability and performance optimisation. Notably, the file size of the update is just under 475MB.

To recall, the Xiaomi Mi A1 was launched in September 2017 with Android 7.1 Nougat, with the phone getting an Android 8.0 Oreo update in January this year. Last month, Xiaomi had resumed the rollout of Android 8.1 Oreo, following a suspension due to an SMS bug. Later, the company fixed the issue and updated the phone to July Android security patch.

The latest update to the Xiaomi Mi A1 changes the build number to 'OPM1.171019.026.V9.6.5.0.ODHMIFE'. It comes with the August 5, 2018 batch of the Android security update from Google, one that originally arrived on the Pixel handsets earlier this month. As mentioned, it resolves bugs and performance issues and improves security. The update weighs in 474.4MB and the changeling shows improved device stability and performance optimisation.

While Xiaomi is rolling out the update to all Mi A2 units in phases, you can manually check its availability on your device. You just need to go to Settings > System updates > Check for Updates to check for the new update. It is worth pointing out that the latest update had already arrived for the Xiaomi Mi A2, earlier this month.

Part of Google's Android One programme, the Xiaomi Mi A1 is guaranteed to get major Android updates till two years after launch. We can expect the smartphone to get the upcoming Android Pie update soon after its stable release later this year.

Facebook Does Away With Over 5,000 Ad-Targetting Options to Thwart Discrimination
Facebook Users Seeking Cambridge Analytica Information Must Wait, US Judge Says