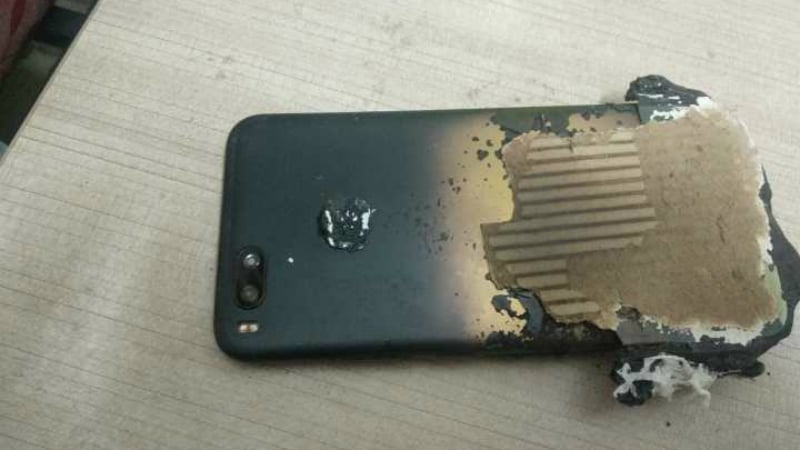 Xiaomi Mi A1, the company's first Android One smartphone, is now in reports for having allegedly exploded while it was being charged. The owner of the affected handset was reportedly jolted out of his sleep when the Mi A1 exploded. In addition to the Mi A1, Xiaomi is facing outrage for a reported fingerprint sensor bug within the Mi A2, the successor to the Mi A1, that brings a sudden battery death issue. Both Android One models by the Beijing-based company are currently anticipated to receive an update to Android 9.0 Pie. Unlike other Xiaomi smartphones that have MIUI on top of Android, the Mi A-Series models run stock Android out-of-the-box.

As posted in an MIUI forum post, a Xiaomi Mi A1 exploded while it was being charged overnight. The owner of the affected phone often put it on charging overnight. But one day, it is said that he was jolted out of his sleep after hearing an explosion from his phone. He ignored the blow and went back to sleep, but in the morning, he found the Mi A1 in an "extremely [damaged] condition."

It is unclear whether the user was charging the affected Mi A1 using a genuine charger. Also, the MIUI forum post says that the user reached the customer care. The damaged Mi A1 unit is claimed to be eight months old and used with a protective case. Importantly, this was the first such case reported for the Mi A1.

Alongside the alleged explosion of the Mi A1, Xiaomi has come in the headlines for a Mi A2 bug that is impacting its battery life. Several users on the Linus Tech Tips forums have reported that the fingerprint sensor of the Mi A2 is using all the eight cores of the Snapdragon 660 SoC at maximum speed. This results in the sudden death of the battery and reduces the screen-on time to three or four hours.

Xiaomi hasn't revealed any details around the bug, but on its MIUI forums, it has marked the bug as "need more information", as spotted by Android Authority. The user reports suggest that the problem exists on a large number of Mi A2 units for over last one month. However, the company has neither pushed any bug fix nor acknowledged any issue.

We've reached out to Xiaomi for clarity on the alleged Mi A1 explosion as well as the reported Mi A2 battery issue and will update this space accordingly.