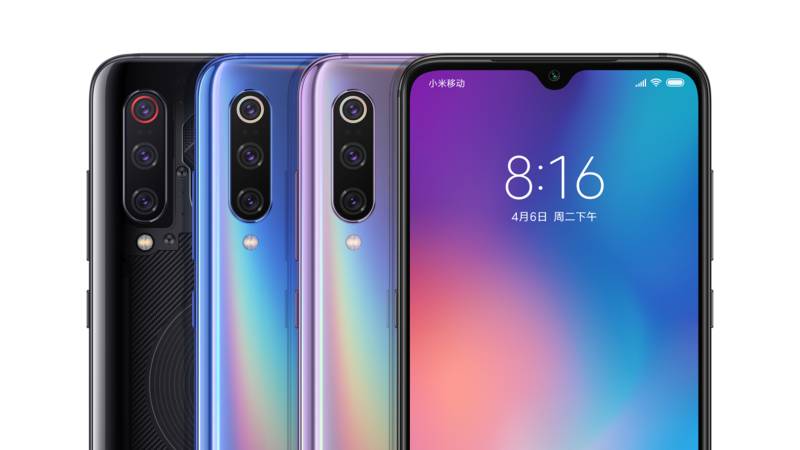 The newly announced Xiaomi Mi 9 is grabbing a lot of attention because of its price, design, and features such as an in-display fingerprint sensor. Xiaomi announced the Mi 9 along with the flashier Mi 9 Transparent Edition and the more affordable Mi 9 SE in China today. All three devices will go on sale in China on February 26, with pre-orders already open. Global pricing and availability are set to be announced at Xiaomi's MWC 2019 event in a few days' time. While the Mi 9 SE has mid-range specifications, the Mi 9 and Mi 9 Transparent Edition both feature Qualcomm's brand new flagship-class Snapdragon 855 processor and 20W wireless charging, which Xiaomi says is a world first.

However all three can boast of the top-end Sony IMX586 sensor for their primary rear cameras. In addition to having more RAM, the Mi 9 Transparent Edition has been equipped with a better 7P lens with a maximum aperture of f/1.47 for its primary rear camera. At the launch of its new M9 series, Xiaomi also announced that the well-known camera quality evaluation firm DxOMark has given the Mi 9 a rating of 107, placing it second-highest on the current smartphone leaderboard. Separate ratings for the Mi 9 Transparent Edition and Mi 9 SE have not been announced and it is unclear whether they share the rating.

That puts the new Xiaomi Mi 9 behind only Huawei's Mate 20 Pro (Review) and P20 Pro (Review), both of which are tied at first place with scores of 109. However, its video sub-score of 99 is the highest that any phone tested by DxOMark has achieved. Huawei's two phones beat the Mi 9 in terms of still photos and so Xiaomi lost out on the top spot thanks to a lower average between its still and video scores.

According to DxOMark, the Mi 9 captures high-quality stills in nearly all conditions, with consistently accurate exposures, pleasant colours, good white balance, quick autofocus, and controlled noise. The company evaluates still photos and videos on the basis of exposure, colour, autofocus, texture, noise, and artefacts. The flash, zoom capabilities and bokeh quality also factor into the score for stills, while stabilisation is also evaluated for videos.

DxOMark also praised the 2x optical zoom lens on the Mi 9's secondary 12-megapixel camera but did say that there was room for improvement in terms of dynamic range, with details lacking in the shaded and brightest areas of some high-contrast scenes. Details weren't as fine as with other flagship-class phones including the iPhone XS Max when photos were zoomed into.

When it comes to video recording, DxOMark noted that the default resolution is 4K and stabilisation still works. Details captured in bright light were said to be excellent, and the autofocus was consistently accurate in the firm's tests. DxOMark's conclusion is that the Mi 9's cameras have no major flaws, and Xiaomi can now be counted as one of the world's top smartphone camera manufacturers.

The Mi 9's front camera was not evaluated, and DxOMark has published separate scores for some phones' front cameras. Also, while Xiaomi can boast of being the first manufacturer with a smartphone based on the Snapdragon 855 processor to be evaluated, it might soon be knocked out of its top spots, as Samsung, Huawei, LG, Sony and others are expected to announce their newest flagships at or around MWC 2019 which is coming up in just a few days.