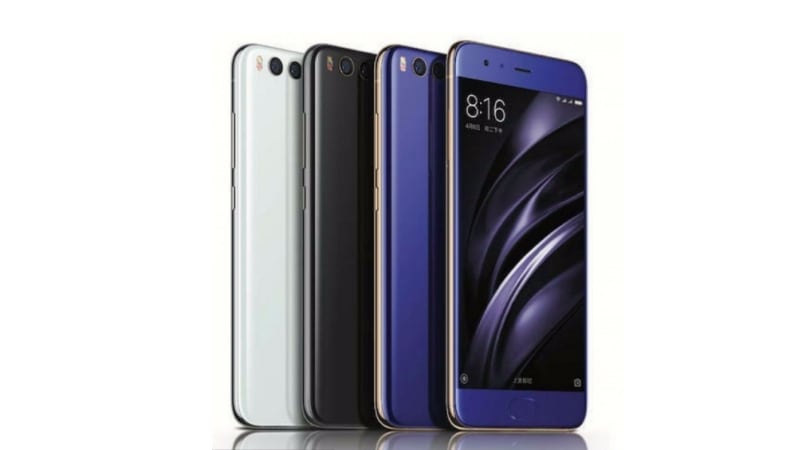 Chinese giant Xiaomi is gearing up for the launch event of the Mi 6 scheduled an hour from now, and the leaks refuse to stop. Just ahead of the launch, Xiaomi Mi 6 press renders have been leaked giving us a front and back look at the device, and the flagship was also spotted on GFXBench revealing interesting specification details. Of course, the company has already confirmed dual rear camera, 6GB of RAM, and a more prominently curved display.

Chinese publication MyDrivers got hold of the Xiaomi Mi 6 renders, and it reveals that the flagship will be unveiled in at least three colour variants - White, Purple, and Black. The images indicate a front and back glass cover, and the renders also show the already confirmed dual camera setup. The fingerprint scanner rests in the front, but the Home Button does not appear to have a physical press, and the scanner is situated underneath the glass it seems.

Separately, the Xiaomi Mi 6 was also purportedly spotted on GFXBench reiterating that the flagship will sport 12-megapixel dual camera sensors at the rear. The listing also reveals that the smartphone will run on Android 7.1.1 Nougat out of the box and sport a 5.1-inch full-HD (1080x1920 pixels) display. It will be powered by the Snapdragon 835 chipset with Adreno 640 GPU. RAM/ storage bundles include 4GB RAM/ 64GB storage, and 6GB RAM/ 128GB storage. At the front, the Xiaomi Mi 6 sports an 8-megapixel sensor, according to the listing.

Xiaomi Mi 6 to Launch Wednesday: Price, Specifications, Design and Everything We Know So Far

Other specs not listed but leaked previously hint at a 3200mAh battery. There's also the larger Xiaomi Mi 6 Plus flagship tipped to launch alongside, and it is expected to sport a Quad HD 2K OLED display with dual curved edges and dual rear camera setup, while the Mi 6 will allegedly sport a flat display. Both the flagships are expected to come with Qualcomm's Quick Charge 4.0 technology for fast charging support. The Mi 6 Plus is expected to house a 4000mAh battery.