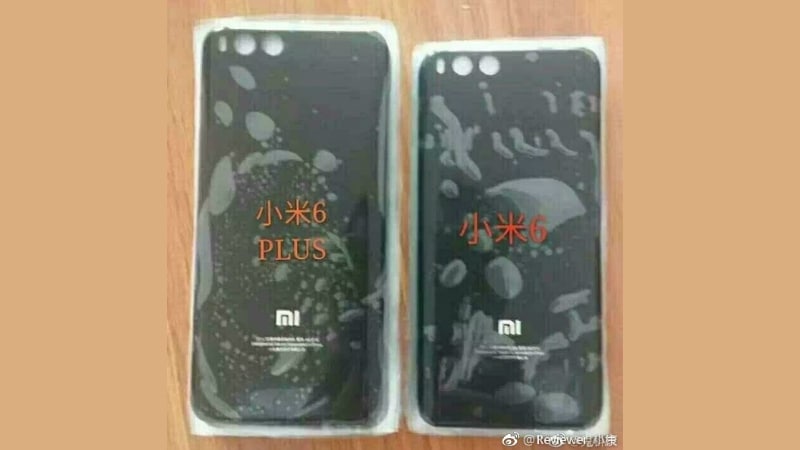 Xiaomi was largely rumoured to launch the Mi 6 Plus alongside the Mi 6, but that didn’t happen, and leaks of the Mi 6 Plus also reduced post the Mi 6 launch in April. Now, the Mi 6 Plus has again cropped up online bringing back hopes of a launch soon.

Gizchina found a back cover image of the Mi 6 Plus alongside the Mi 6 smartphone on the Chinese web, hinting that the launch might be around the corner. The Mi 6 Plus back cover is identical to the Mi 6 with respect to design, the only difference being size. The Mi 6 Plus size is bigger than the Mi 6, as expected.

Earlier, a device code-named Xiaomi Jason was spotted on GFXBench benchmark, and it is believed to be a variant of the flagship Xiaomi Mi 6, called the Mi 6c. It is expected to be powered by an octa-core Snapdragon 660 SoC clocked at 2.2GHz coupled with 6GB RAM and will pack 64GB on-board storage. The smartphone may feature a 5.1-inch full-HD display and run MIUI based on Android 7.1.1 Nougat. On the camera front, the alleged Xiaomi Jason is said to sport a 12-megapixel rear camera alongside a 4-megapixel front camera. It's worth pointing out that the alleged Xiaomi Jason could very well launch with a different name other than Mi 6c.

As for the Mi 6 India launch, the company's India chief Manu Kumar Jain had said it may be announced in July, though details beyond that are still awaited.