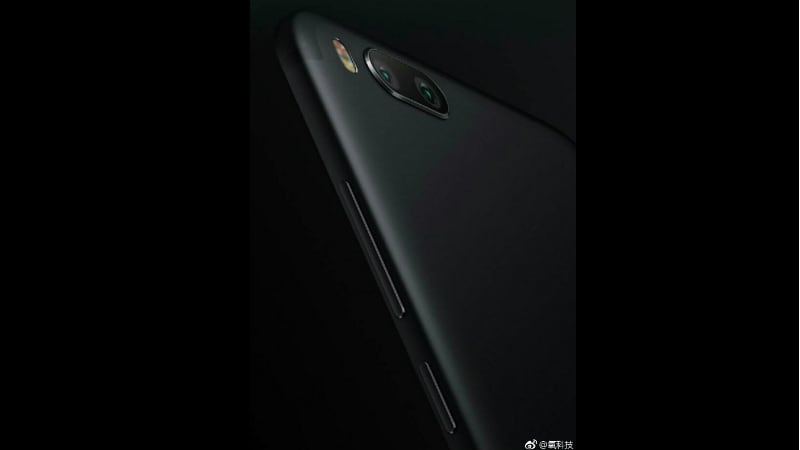 The Xiaomi Mi 5X images and specification details were spotted on Weibo, and design-wise, the smartphone looks heavily inspired by the iPhone 7 Plus. If the images hold any weight, the Mi 5X will sport a dual camera setup with the flash sitting on the fence followed by the two lenses, an iPhone 7-like antenna band aesthetic, and a curved metal unibody. The image also reveals that the volume and power keys both are housed on the right edge of the device.

The Xiaomi Mi 5X is tipped to sport optical zoom, and dual-tone LED flash. The leak also reveals that the smartphone sports a 5.5-inch full-HD (1080x1920 pixels) display. It is powered by the Snapdragon 625 processor paired with 4GB of RAM. It is likely to come with a fingerprint scanner as well. On paper, the Xiaomi Mi 5X smartphone looks to be a more premium offering compared to the Xiaomi Mi 5 flagship. For starters, the Xiaomi Mi 5 features a single camera setup at the back, against the rumoured dual camera setup of the Mi 5X.

As for the price, Xiaomi Mi 5X smartphone is pegged to cost CNY 1,999 (roughly Rs. 19,000). The smartphone is also expected to arrive in Black and Gold colour options at launch. Coming to India launches, Xiaomi is hosting an event in New Delhi tomorrow, and it is largely expected to unveil the Mi Max 2 that was unveiled in China in May.