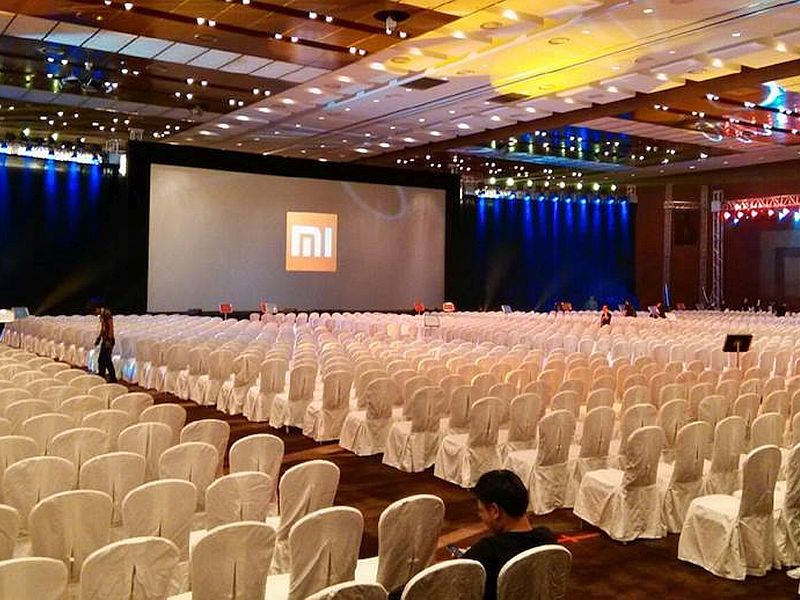 Xiaomi's upcoming flagship smartphone could be the first handset to sport a Snapdragon 820 processor. An e-commerce website seems to have jumped the gun on listing the yet-to-be-announced Xiaomi Mi 5, a listing that also reveals the innards of the handset.

If the listing on Oppomart is to be believed, the Xiaomi Mi 5 will pack some of the best hardware modules we've seen on a smartphone. As per which, the Xiaomi Mi 5 sports a 5.5-inch QHD (1440x2560 pixels) display. It is powered by Qualcomm's recently announced octa-core Snapdragon 820 SoC clocked at 2.5GHz and 4GB of RAM. It will be available in three storage variants: 16GB, 64GB, and 128GB.

Other specifications listed on the Xiaomi Mi 5 e-commerce listing include a 20-megapixel rear camera and an 8-megapixel front-facing sensor. There's a 3800mAh battery, and "professional Hi-Fi system" speakers embedded in the phone. On the software front, the handset is said to run MIUI 7 based on Android 5.1 Lollipop. 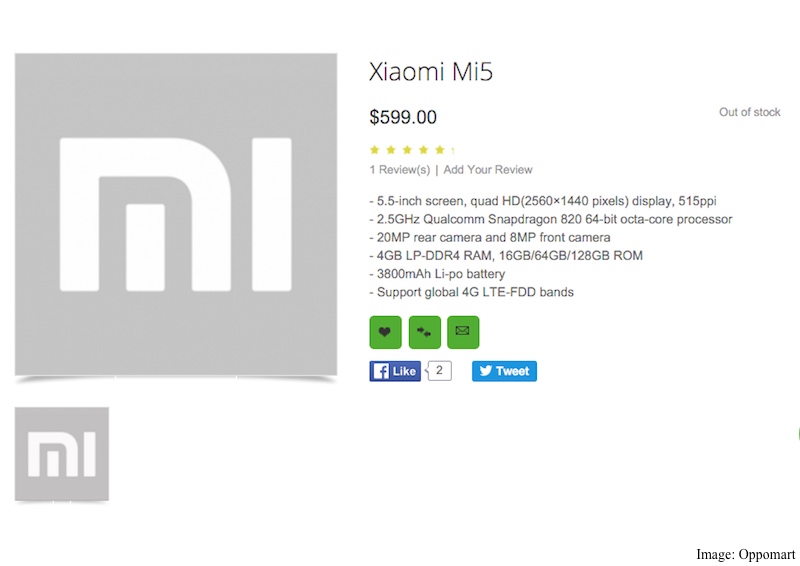 The listing reveals $599 (roughly Rs. 40,000) as the retail price of the handset. The product is listed out of stock. Though it is not clear if it is for the 16GB variant, or any other storage variant. Also, it is worth pointing out that Oppomart doesn't have a reliable track record. The online shopping website had inaccurately listed $499 as the retail price of the Mi 4, and QHD display and 3GB RAM as its specifications, which was clearly not the case, as we learnt later.

Previous reports suggest that the Mi 5 could have a fingerprint scanner embedded on the home button. Other reports point to a bezel-less display. The handset is reportedly set to launch on January 21.