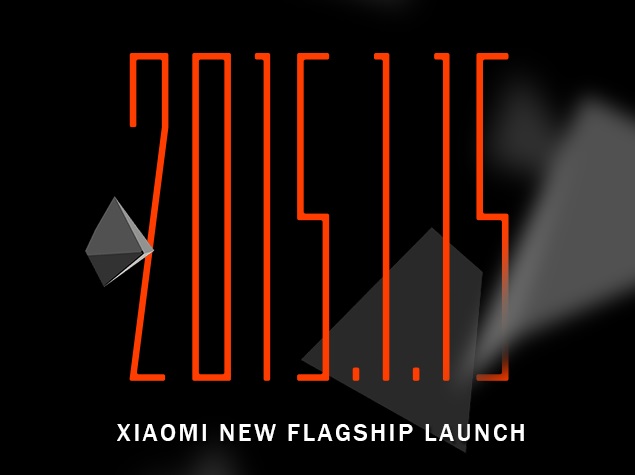 Xiaomi has shared an invite for its January 15 event in Beijing, where the company is likely to announce the successor to its Mi 4 flagship - the Mi 5.

The official invite for Xiaomi shows the "2015.1.15" date engraved in the middle with a tagline that says "Xiaomi new flagship launch". Looking at the invite, Xiaomi seems to be teasing the Mi 5 with the date, Unfortunately, the invite does not say much about the device expected to launch at the event. 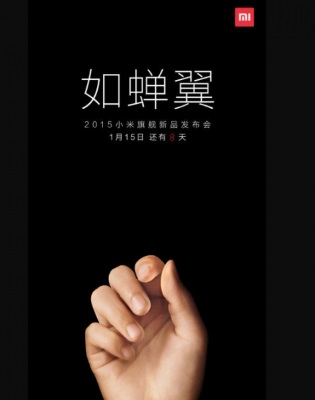 Often referred to as China's Apple, Xiaomi has also shared penned an MIUI forum post titled "Xiaomi Next Flagship Device to be Released on 15 Jan. What is it?" teasing its upcoming product. The blog says, "What does it look like? What is it as thin as cicada's wings?"

The second image of the blog certainly tips that Xiaomi's next flagship will sport a sleek profile. Based on previous leaks, there are two devices that are rumoured - Mi 4 successor, likely to be dubbed Mi 5 and the MiPad 2 tablet.

Interestingly, both these devices were leaked last month in images alongside alleged specifications of both. For specifications, the Mi 5 (or also referred to as Mi 4S) smartphone is said to feature a 5.7-inch Quad-HD (1440x2560 pixels) display; a 64-bit Snapdragon 810 processor; 3GB of RAM, and a 20.7-megapixel rear camera.