Xiaomi Mi 4i, Mi Band to Open a New Chapter for Mi.com in India 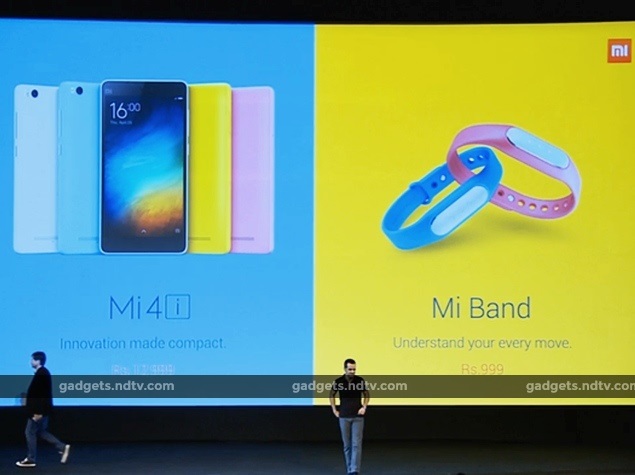 Xiaomi unveiled the Mi 4i smartphone in New Delhi on Thursday, in what was the company's first major launch event outside of its homeland China. The smartphone is priced at Rs. 12,999, the same price range as the Mi 3 that made Xiaomi a smash hit on its India debut last July.

The event was attended by Xiaomi CEO Lei Jun with Vice President Xiaomi Global, Hugo Barra, introducing the brand new Mi 4i in front of hundreds of screaming Mi fans as well as Xiaomi partners and media from all across the globe. Registrations for the first sale of the Mi 4i have already begun on Flipkart, with the phone scheduled to become available on April 30. However, there's a slight twist in the tale as far as availability of the device is concerned.

Once the Flipkart exclusive period is over - no word on how long that will last - not only will the Mi 4i be available via Xiaomi's other online partners like Snapdeal and Amazon, as well as offline partners like Airtel and The Mobile Store, in a first for the country, the Xiaomi Mi 4i will also be available directly from Xiaomi's online store Mi.com.

So far, Xiaomi India has been selling only accessories via Mi.com, though it had dropped several hints in the past it will soon start selling phones directly as well. The other product launched in the country in India - the Mi Band - will in fact be sold exclusively via Mi.com. Priced at Rs. 999, the fitness tracking band will go up for registrations on Tuesday, and the first 1,000 registrants will get the band at Re. 1.