Xiaomi Mi 4 64GB to Go on Sale Again on Tuesday 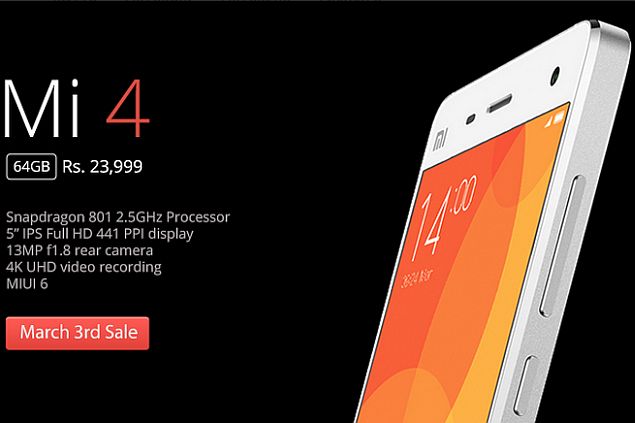 No details about the number of Mi 4 units going on sale in the second flash sale have been revealed by Xiaomi. Registrations for the handset ended on Monday.

This is the first time the 64GB variant is being offered in India alone as the last sale saw both 16GB and 64GB variants of the Xiaomi Mi 4 smartphone available for purchase in two separate flash sales.

The last sale saw the Mi 4 64GB model going out of stock in a minute while the company never announced how fast the 16GB variant went out of stock. Xiaomi last week announced that the Mi 4 16GB in India would be sold via Flipkart without registration.

The Xiaomi Mi 4 runs on Android 4.4 KitKat with the company's MIUI 6 skin on top. It is powered by a quad-core Qualcomm Snapdragon 801 processor clocked at 2.5GHz alongside 3GB of RAM. The Mi 4 sports the same 5-inch full-HD display (1080x1920 pixels) found on the Mi 3; although this time the company has used a JDI OGS full lamination display.