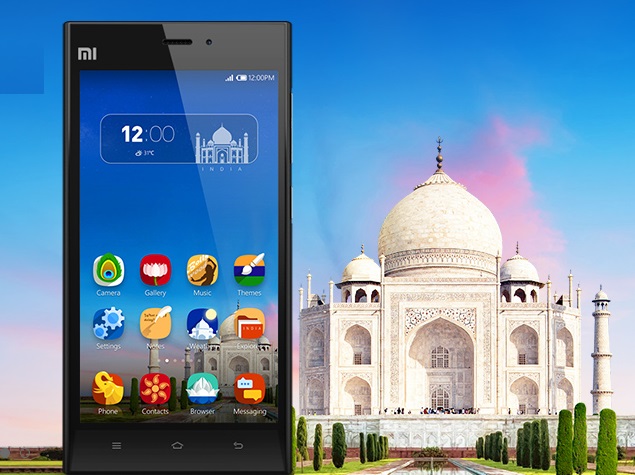 Xiaomi Mi 3 went on sale again in India and this time it took just two seconds to become 'sold out', a full three seconds less than the last time. The company made the claim via Twitter on Tuesday, and announced that registration for the next flash sale will begin later the same day.

THANK YOU, Mi fans! The next round of registration starts at 6 p.m. today. pic.twitter.com/767ls8A2Hw

Flipkart's dedicated Xiaomi Mi 3 page confirms that the next flash sale is scheduled for August 12.

It's worth pointing out that Flipkart's procedure requires people to just add it to their cart for it to be classified as 'sold out', and people are given additional time to complete their purchase. Like the previous occasions, this lead to a lot of frustrated buyers. Xiaomi India's tweet announcing the latest 'sold out' round received replies such as:

@MiIndiaOfficial Ppl trying to buy it since 3 weeks will definitely lose interest if this continues! @Flipkart dont lose the love u get!!

@MiIndiaOfficial #boycottMI3 better to not buy it and waste many hours in the hope of getting it.@Flipkart you have now lost a loyal buyer:)

Last week, Xiaomi, ahead of the third flash sale, had revealed that 15,000 units would be up for grabs on Flipkart, leading to hope that the situation on Tuesday might be different but that didn't turn out to the case.

The Chinese company, often called as 'China's Apple', also detailed the total number of Mi 3 units sold in India so far, addressing another criticism that it did not reveal numbers behind its 'sold out' claims. The company confirmed that it sold 20,000 Mi 3 units in the two flash sales on Flipkart.

Xiaomi, with the limited stock of Mi 3 on sale on Flipkart, has undoubtedly been receiving consumers' wrath.

What has your experience been like? Have you been able to buy a unit? Let us know via the comments.