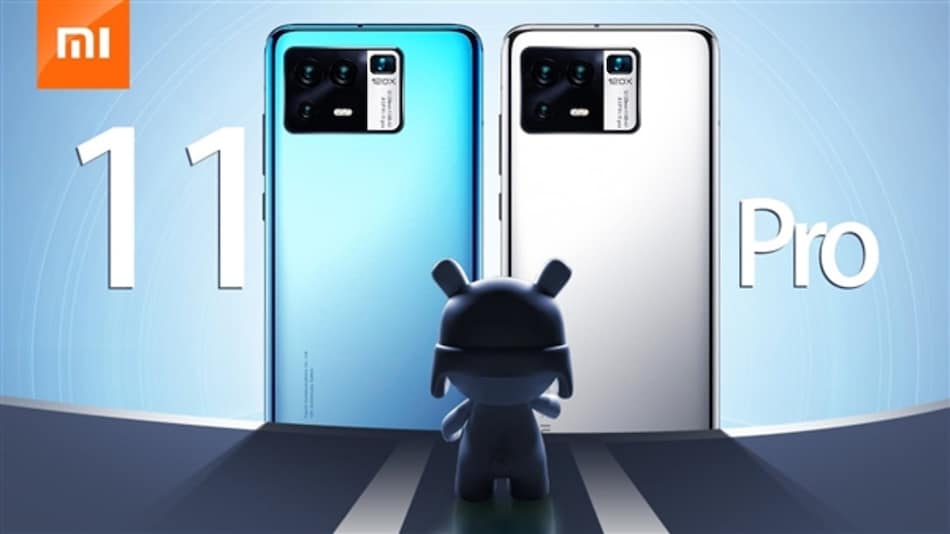 Mi 11 Pro might come with a periscope lens. The Mi 11 was announced a few days ago by Xiaomi but the Mi 11 Pro, which was largely anticipated to launch alongside, was not announced. The Xiaomi Mi 11 Pro is now reportedly set to launch in February, and a new leak shows an image of the handset suggesting its colour options and back panel design. The Xiaomi Mi 11 Pro will most likely be an upgraded model of the Mi 11 and the image suggests that the phone will have a quad camera setup at the back with a periscope lens.

MyDrivers has shared a poster showing the back panel of the Xiaomi Mi 11 Pro. The leak shows that the phone will have a large rectangular camera module placed horizontally with four sensors inside it. Three sensors will be placed in a horizontal line including a periscope telephoto lens reportedly capable of 120x zoom. The fourth sensor sits below these three alongside the flash.

The camera specifications of the Xiaomi Mi 11 Pro were not detailed with the poster, but past leaks suggest the upcoming Xiaomi phone will have a 50-megapixel primary sensor, which could be an output of 4:1 pixel binning, and might actually be a 200-megapixel sensor. It could also include a 48-megapixel ultra-wide-angle shooter and a 48-megapixel telephoto shooter. Further, there could be a 20-megapixel selfie camera sensor at the front.

The Xiaomi Mi 11 Pro poster leak also suggests that the phone may come in blue and silver glossy colour options. Apart from this, tipster Digital Chat Station recently leaked that the Xiaomi Mi 11 Pro may have an identical screen to the Mi 11 variant. This means that the new model could also come with a 6.81-inch 2K WQHD (1,440x3,200 pixels) AMOLED display with 1,500 nits of peak brightness and a 515ppi pixel density.

Past leaks also claim that the Xiaomi Mi 11 Pro may be powered by the recently launched Snapdragon 888 SoC and pack a 4,970mAh battery with 55W fast charging support.

OnePlus Nord, OnePlus 7, and OnePlus 7T Series Smartphones Will Be Getting OxygenOS 11 Next, Company Confirms