Xiaomi’s latest flagship was subject to rounds of scratches, flames, and bends. 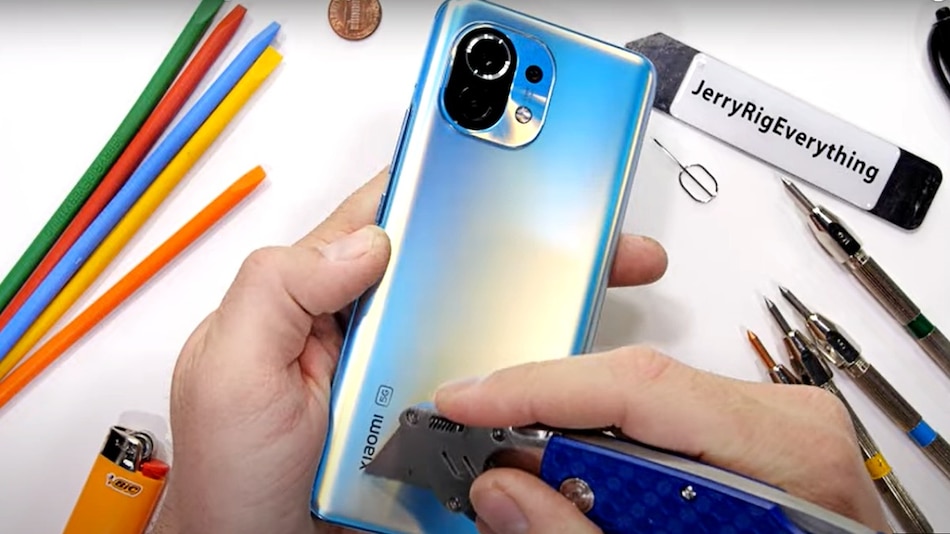 Xiaomi Mi 11 was put through a durability test by YouTube channel JerryRigEverything and the phone appears to have survived most of it. Xiaomi's new launched flagship phone was subject to rounds of scratches, flames, and bends, done to test the resistance of the smartphone. On the popular YouTube channel, the Mi 11 was put to test in a six minutes long video. The Mi 11 made its global debut earlier this week.

In the scratch test, narrator Zack Nelson removed the screen protector to test the screen of the Mi 11, which scratched at level 6 of the Mohs scale. The Xiaomi phone's rear and front camera, metal sides, and glass back were also put to test. The in-display fingerprint sensor seems to have been slightly damaged by the rough treatment.

In the burn test, Nelson put the flame of a lighter to the OLED display of the Mi 11 for 20 seconds. The result of this was a slight white mark, but it was on its way to recovery.

Nelson then proceeds to subject the Mi 11 to his famous bend test, where the phone is bent from the back and the front. While the phone did creak slightly at one point, there wasn't actually any major damage. Xiaomi's phones have a reputation of not passing JerryRigEverything's bend tests, so the result of this test was a step-up for the company.

Nelson of JerryRigEverything says that judging by the specifications, build quality, and the price, the Mi 11 was a professional phone that's just pretending not to be one.