Mi 10T Series Set to Launch on September 30 Through Virtual Event: All You Need to Know 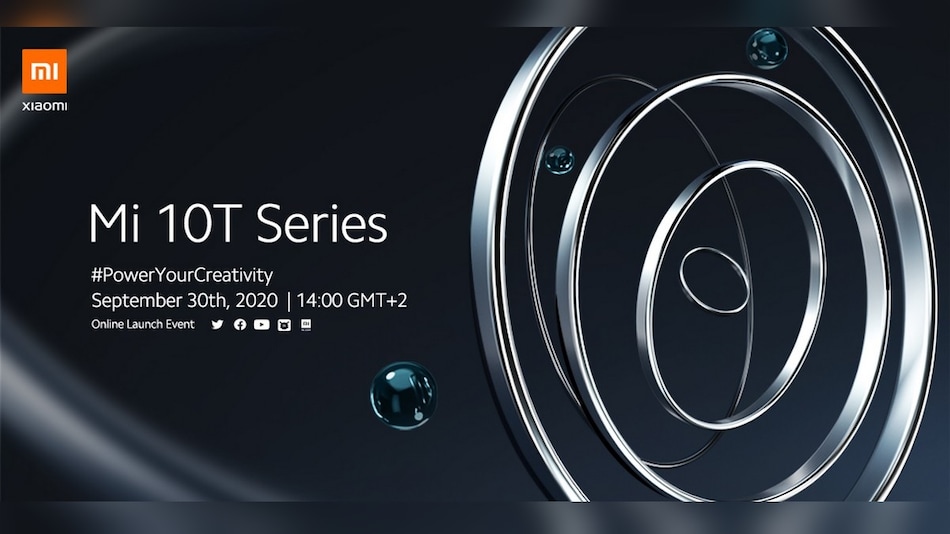 Mi 10T series of smartphones will be launched on September 30 through a virtual event, Xiaomi announced through a tweet. The Mi 10T series has been in the news for the past several weeks and now finally, the leaks and rumours will be laid to rest next week. The series is said to include the Mi 10T 5G, Mi 10T Pro 5G, and Mi 10T Lite 5G. However, Xiaomi has not confirmed the lineup. Mi 10T series will be the follow up to the Mi 10 phones that launched in February this year.

Mi 10T series, as per the company's tweet, will be launched on September 30 through a virtual event that will start at 2pm GMT (5:30pm IST). It will be livestreamed on the company's social media handles including Twitter and Facebook, as well as on YouTube and the official website.

Last week, the specifications of the Mi 10T 5G and the Mi 10T Pro 5G were allegedly leaked. The Xiaomi Mi 10T 5G is expected to feature a 6.67-inch IPS display with 1,080x2,340 pixels resolution and 144Hz refresh rate. It is said to be powered by Qualcomm Snapdragon 865 SoC, paired with Adreno 650 GPU and 6GB of RAM. In terms of optics, the phone is said to feature a quad rear camera setup including a 64-megapixel primary camera, a 20-megapixel wide-angle shooter, and an 8-megapixel camera. Details about the fourth sensor are currently unknown. On the front, The Mi 10T 5G may come with a 20-megapixel shooter.

The Pro variant is expected to carry the same specifications as the non-Pro model with differences in the configurations and rear camera setup. The phone is said to come with 8GB of RAM and 128GB or 256GB of onboard storage. It may carry a 5,000mAh battery with fast charging support. In terms of cameras, the quad rear camera setup is said to include a 108-megapixel primary sensor, a 20-megapixel wide-angle camera, and an 8-megapixel shooter.

The Mi 10T Lite 5G, a successor to the Mi 10 Lite, is said to be powered by a Snapdragon 7 series SoC that has 5G support. The report by GSMArena mentions that this might be the new Snapdragon 750G processor. While Xiaomi has not confirmed the SoC, earlier this month, it did tease a phone with "brand-new Qualcomm Snapdragon 7-Series 5G Mobile Platform" that will offer "Amazing value for money." That doesn't necessarily confirm things, but it seems like a hint towards what to expect.