Mi 10i could feature a 108-megapixel primary camera. 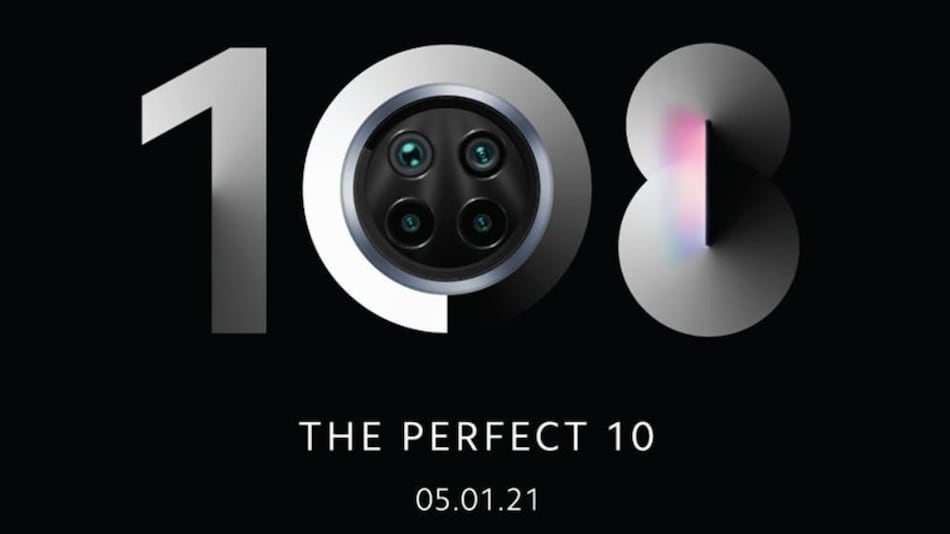 Mi 10i was recently spotted on Geekbench with 8GB of RAM

Mi 10i could launch in India on January 5. A teaser shared by Xiaomi on Twitter does not explicitly name the smartphone, but reveals that a new phone with a quad camera setup and a 108-megapixel primary sensor will be launching on January 5. Going by past leaks, the phone is expected be the Mi 10i. An earlier report also suggested that the phone could launch in India as a rebranded Redmi Note 9 Pro 5G that was launched in China recently with a 108-megapixel primary camera. The China 5G model is different than the Redmi Note 9 Pro model launched in India.

Xiaomi announced the launch date of its upcoming phone on Twitter. While the tweet doesn't explicitly say that it will be the Mi 10i, the short teaser video offers enough hints to suggest that is indeed the phone being launched. It shows the phone with a square-shaped quad rear camera module and hints at a 108-megapixel primary camera. The Mi 10i will be an addition to the Mi 10 range, which so far includes – Mi 10, Mi 10 Pro, Mi 10 Lite, Mi 10 Ultra, and Mi 10 Lite Zoom Edition.

A perfect start to the new year. #ThePerfect10

Guess what's coming and 1⃣0⃣ lucky winners stand a chance to win #Mi goodies perfect for all you enthusiasts. A hint is in the video.

Leave your responses with #ThePerfect10.

The Mi 10i was recently spotted on Geekbench with model number M2007J17I. On the Geekbench website, the Xiaomi phone was listed with 8GB of RAM and an octa-core SoC clocked at 1.8GHz. The phone received a single-core score of 652 and a multi-core score of 2,004, and is listed to come with Android 11.

A recent report suggested that the Mi 10i may be a rebranded model of the Redmi Note 9 Pro 5G launched in China just last month. If this was to be the case, the Mi 10i is could feature a 6.67-inch full-HD (2,400x1,080 pixels) display with a 120Hz refresh rate, and be powered by Snapdragon 750G SoC paired with 6GB RAM.