Xiaomi will employ both Samsung and Micron’s LPDDR5 RAM modules inside the Mi 10 series phones. 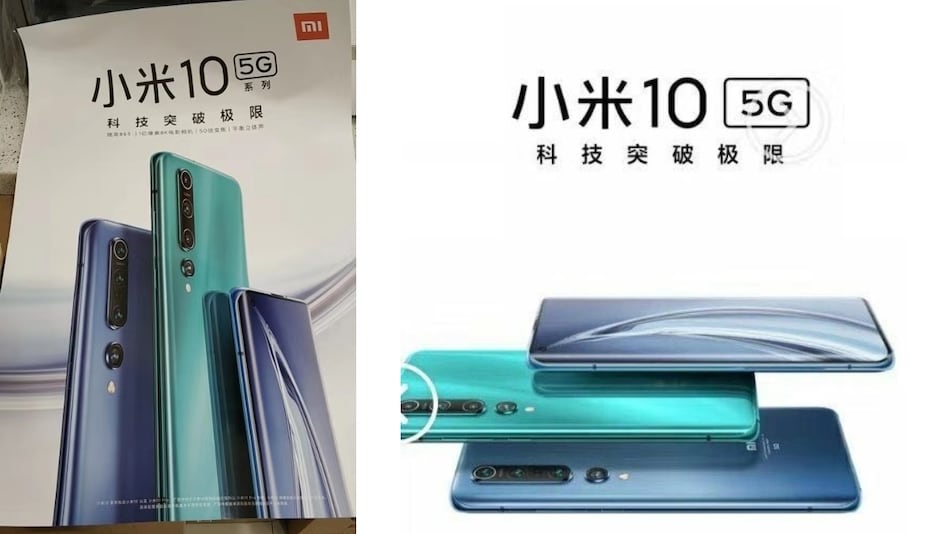 Xiaomi's upcoming flagships – Mi 10 and Mi 10 Pro – are tipped to go official later this month. While the company is yet to officially tease the two phones, we might already have our first glimpse of the Mi 10 series phones, thanks to leaked marketing material, as well as a couple of alleged hands-on images. The leaked images show a quad rear camera setup on the phones, alongside a curved display with a single hole-punch front camera. Additionally, Xiaomi has confirmed that it will source LPDDR5 RAM modules from both Samsung and Micron for the Mi 10 series flagships.

We have come across a few alleged Mi 10 series images on Weibo, one of which shows a marketing poster for the Mi 10 on paper. The other one looks like an online pop-up ad for the Mi 10 series. The phone is depicted in blue and green colours. One can see the Mi 10 sporting quad rear cameras, with three of them stacked vertically in a black module while the fourth sensor is positioned separately underneath.

As per a previous leak, both the Mi 10 and Mi 10 Pro will pack quad rear cameras with a main 108-megapixel shooter, most likely the Samsung ISOCELL Bright HMX sensor. On the Mi 10 Pro, it will reportedly be accompanied by 16-megapixel, 12-megapixel, and 5-megapixel cameras. The Mi 10 Pro is said to pack a 16-megapixel selfie camera and a 5,250mAh battery. Over at the front, the Mi 10 can be seen flaunting a curved display with a single hole-punch camera positioned in the left corner. We have also come across a couple of alleged live images of the Mi 10 Pro on Weibo that show a similar curved hole-punch panel.

Separately, Xiaomi Vice President Lu Weibing revealed via a Weibo post that the Mi 10 series phones will employ Samsung's LPDDR5 RAM modules as well as Micron's LPDDR5 chips. Weibing notes that the company will employ Samsung and Micron's LPDDR5 chips in the Mi 10 at the same time, and not in separate batches. Xiaomi recently confirmed that the Mi 10 will be the first phone to come with LPPDR5 RAM, promising higher power efficiency and better performance.

Realme Cautions Against Fake Website in Its Name: All You Need to Know
Android Teases ‘Something Exciting’ Taking Place at Samsung’s Galaxy Unpacked 2020 Event Next Week