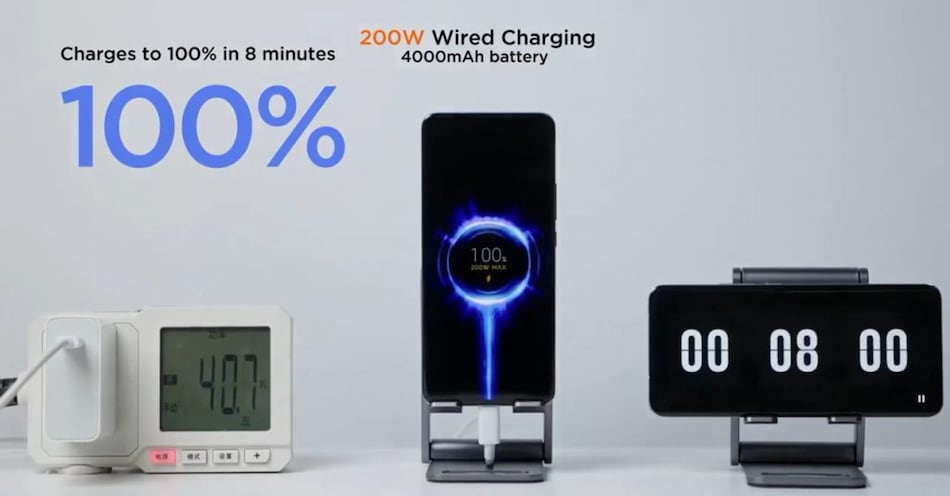 The Chinese tech giant took to Twitter to announce the arrival of 200W HyperCharge fast charging and 120W wireless fast charging technologies. Xiaomi posted a video demonstrating how fast a smartphone with a 4,000mAh battery charges with the new wired and wireless technologies. The video shows that it takes just 44 seconds for the phone to charge till 10 percent, just 3 minutes for it to charge to 50 percent, and the phone fully charges in less than 8 minutes with the wired fast charging technology.

While Xiaomi has announced these two promising wired and wireless technologies, it hasn't offered details on when they will be employed in market-ready products, and which phones will get it first. However, its integration can be expected in upcoming flagship models.