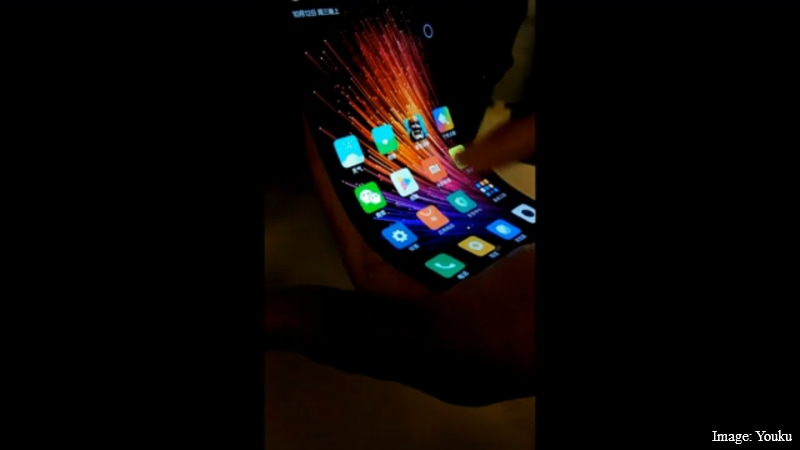 Apart from smartphones, Xiaomi is known for making smart home appliances like the Mi Air Purifier, Mi Box set-top box, and many other products. And now, a video leak hints that the Chinese manufacturer may have also succeeded in making a bendable touchscreen smartphone.

A video leaked on Youku shows a user holding a bent smartphone in his palm. The smartphone seems to be running on the company's MIUI skin, and the user is seamlessly scrolling through the device performing different functions. The smartphone is bent at an angle so that the user can scroll from top to bottom, and even left to right with ease. The user even opens a game and navigates through it, all while the smartphone remains bent in the palm of his hand.

Flexible displays have been around since quite some time, and the first one dates back to when Nokia launched the Nokia Morph concept phone in 2008. Since then Sony and Samsung have also dabbled with concept displays demoed sporadically at CES and other tech events, however none have made it to the commercial market yet.

LG Display recently even announced that it will invest KRW1.99 trillion (roughly Rs. 11,768 crores) to produce flexible displays for smartphones, a sign that smartphones with flexible screens are the future.

In any case, Xiaomi is hosting a Diwali sale in India currently, and it is offering great deals and discounts on smartphones, accessories, and home appliances. Check out all the deals here.