Select Xiaomi phones including the Redmi K20 in India will start receiving MIUI 12 in June. 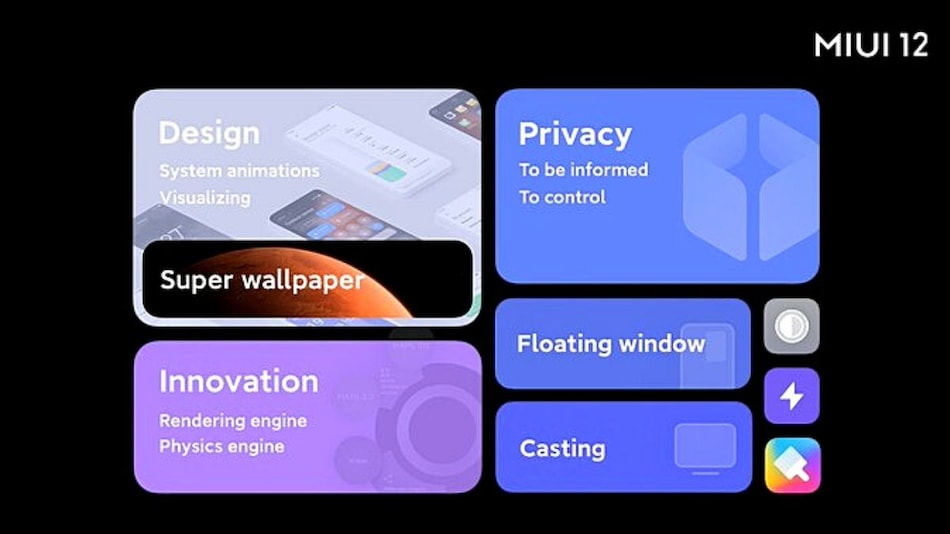 Xiaomi on Tuesday unveiled the global version of MIUI 12, the latest iteration of the company's Android-based operating system. The Chinese tech company has announced that Xiaomi phones including Mi 9, Mi 9T, Mi 9T Pro, Redmi K20 and Redmi K20 Pro will start receiving the latest iteration of MIUI in June. Additionally, the company revealed that the MIUI 12 update will reach other Xiaomi phones including the Redmi Note 9 series "model by model". The new update brings a host of privacy updates and user interface tweaks.

With so many exciting things covered, you must want to know the rollout schedule! For further updates, please stay tuned with us.
#MIUI12 #DecadesMasterpiece #YoursAlone pic.twitter.com/VXtRkVD8el

To recall, the MIUI 12 was unveiled in April by Xiaomi in China alongside Mi 10 Lite Zoom Edition. The global version of the operating system was announced on May 19.

Xiaomi in the blog post also shared the new features that will come with MIUI 12. These include a flatter and more simplified interface, addition of many graphics and visuals complimenting the text, revamped system animations, Android 10-like navigation gestures, and many more. Xiaomi is also enhancing the privacy settings with MIUI 12 and users will now be able to choose location permission "While using the app."