The patent images, and even Xiaomi’s teaser videos, surprisingly miss out on the selfie camera. 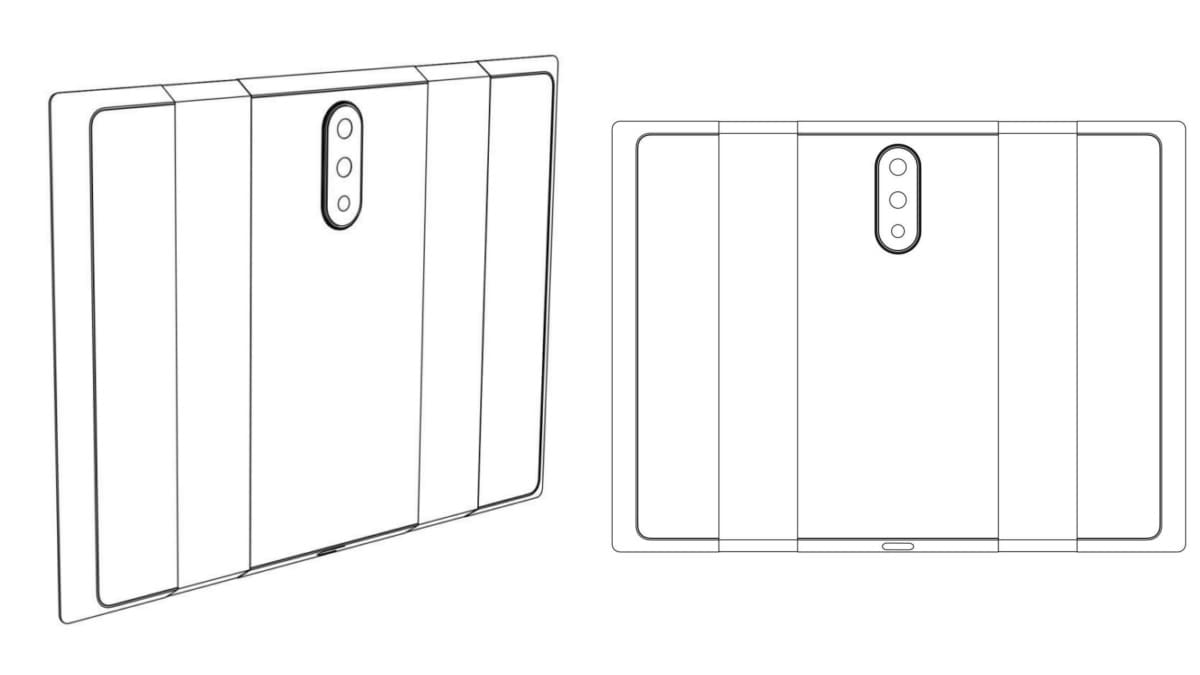 Xiaomi recently showcased a foldable phone on video, but so far, there has been no information about the device's internal hardware or cameras. A new patent application filed by Xiaomi suggests that the company's first foldable phone might pack triple rear cameras. The schematics in Xiaomi's patent application clearly show a vertically-aligned camera module with cutouts for three lenses. But unfortunately, there is no information on the megapixel count of the cameras on the company's foldable phone, which is still under the prototype testing phase.

The foldable phone patent filed by Xiaomi before EUIPO (European Union Intellectual Property Office), which was first spotted by @Xiaomishka, shows a tablet-like device with symmetrical dual-hinge design to fold the display on either side along its vertical axis. The design is quite similar to the foldable phone that was recently showcased on video by Xiaomi's president Lin Bin and later made an appearance in another teaser video shared by Xiaomi.

However, none of the two videos gave us a glimpse at the foldable phone's cameras. The diagrams in Xiaomi's patent application indicate that the upcoming foldable device might pack triple rear cameras. The lenses will be housed in a module that will create a small hump. Surprisingly, there doesn't appear to be a cutout for the selfie camera in any of the patent images, neither is it visible in Xiaomi's teaser videos.

It must be noted that the triple rear cameras are seen in a patent application, which means they only represent Xiaomi's vision for a foldable device and might not necessarily be implemented on a commercially available phone. Also, Xiaomi has already made it clear that its foldable phone will launch as a mass device only if the concept gains traction and generates enough interest.

How to File Income Tax Returns aka ITR Online in India
Motorola One Zoom Is Just a Rebranded Motorola One Pro With Pre-Installed Amazon Apps: Report