Xiaomi has already confirmed the development of under-display camera technology. 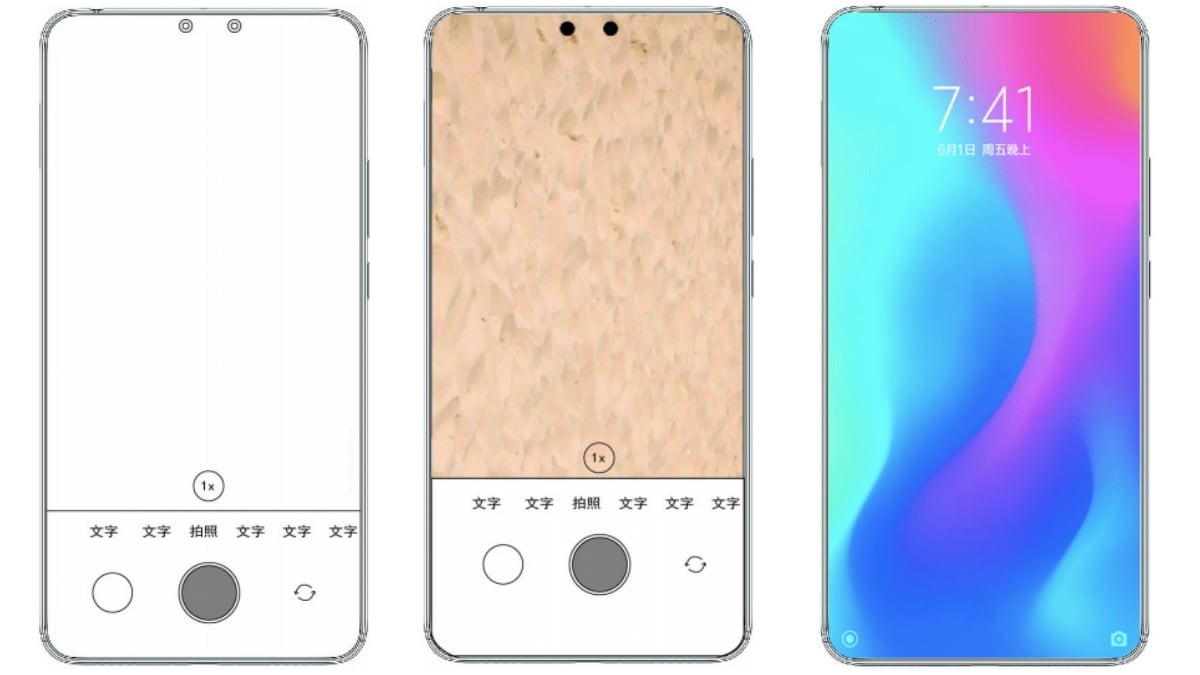 Xiaomi has already confirmed that the company is working on under-display camera technology for its upcoming phones, and has also briefly explained how it works. Now, a patent filed by Xiaomi last year has surfaced online, and it shows schematics of a phone with dual under-display selfie cameras. The diagrams in Xiaomi's patent application suggest that the phone will have an all-screen display without any bezels on the sides and chin whatsoever. However, they are just schematics and the final product might end up looking a bit different than its depiction in the patent application.

The patent application that was spotted by TigerMobiles was filed by Xiaomi before the CNIPA (China National Intellectual Property Administration) in September last year. The diagrams in the patent application show a phone with two selfie cameras at the top separated by a small gap The two selfie snappers will be visible when the camera app is opened and in any other app where users need to capture a photo or video.

After confirming development of an under-screen camera technology, Xiaomi revealed that it is working on a custom display that features a small transparent area made from low-reflective glass with high transmittance. When the need arises, the area above the camera lens becomes transparent, exposing the camera sensor to external light and letting users capture a photo. However, it is not clear on which phone the dual under-display camera technology will debut and when it will hit the market.