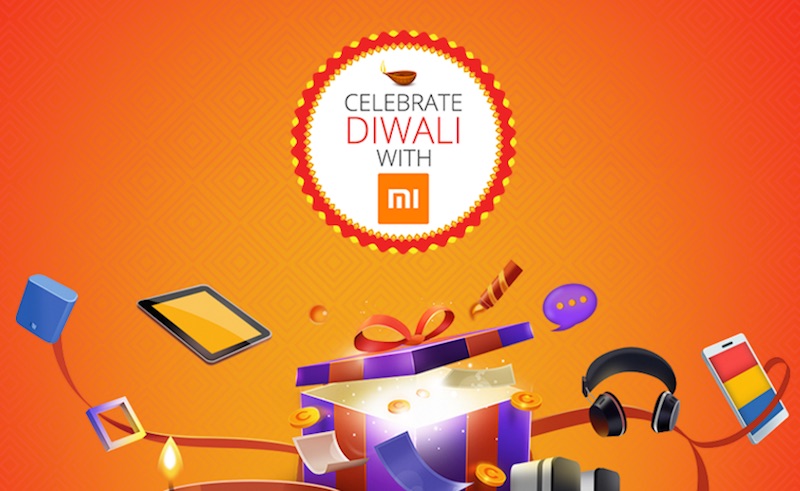 If you're planning to purchase a Xiaomi smartphone, tablet, or accessories, you should hold that urge till Tuesday. As was the case with Durga Puja, many companies - from manufacturers to e-commerce sites and physical retail stores - will be holding a festive sale around Diwali. Xiaomi has also announced several deals around the festival of lights. The three-day Xiaomi Diwali Sale will begin from Tuesday and last till Thursday on the company's own website, Mi.com/in.

Xiaomi has announced that it will be hosting Re. 1 flash sales for some of its products from November 3 to November 5 between 2pm to 6pm. Users who're interested need to visit the company's website and get themselves registered first. The company also requires users to share links to their social network - Twitter and Facebook accounts - in order to be eligible to participate, and additionally receive the link to download the Mi Store app from Google Play store.

Also announced, was 5 percent cashback via the PayUMoney payment solution, and a promotional game called Light Mi Up that will give users the chance to win prizes.

Through the offer, the company is also promoting and extending the reach of its own Mi.com/in e-commerce website. Xiaomi debuted in India through an exclusive partnership with Flipkart in July last year, and by March this year the company started selling accessories in the country via its own Mi.com site. By April this year, with launch of the Mi 4i, the company started selling its smartphones and accessories in India through e-commerce partners like Snapdeal and Amazon India, as well as offline partners like Airtel and The Mobile Store. The company also began selling smartphones on Mi.com alongside.