Xiaomi Cracks Down on Profiteers With Second Mi 4 Flash Sale 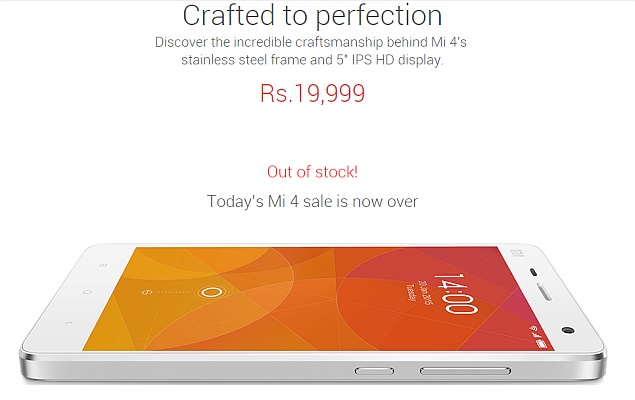 Xiaomi's 2014 flagship, the Mi 4 went on its second flash sale on Flipkart on Tuesday, but this time there was a twist in the tale.

Xiaomi's India Head Manu Kumar Jain in a tweet revealed ahead of the sale that consumers who are able to add the Xiaomi Mi 4 into the cart will only have time till 2:30pm to complete the transaction on Flipkart.

Jain said, "Once you've added a Mi 4 into your cart, u will only have time till 2.30pm to check out." During previous flash sales, users who were able to add the phone in their cart had almost 4 hours (or till 6pm IST) to complete the transaction, offering people enough time to 'sell' the unit to others for a premium and have it shipped to the buyer directly via Flipkart.

Messages like "I have a [Xiaomi phone here] in my cart. Will sell for Rs. 1000 extra." have been all too common during past sales on Twitter and it seems Xiaomi and Flipkart have finally decided to take action. Cutting down the window to just 30 minutes means people have less time to engage in reselling, so only genuine buyers will participate in the sale.

The move seems to have definitely had an impact, as there's no sign of the usual 'sold out in seconds' message via Twitter from Jain or Hugo Bara, almost 30 minutes after the Mi 4 (Review | Pictures) sale started on Tuesday. The [impending launch] of the 64GB variant of the Mi 4 is no doubt a factor as well in the relatively disappointing response to the 16GB Xiaomi Mi 4.