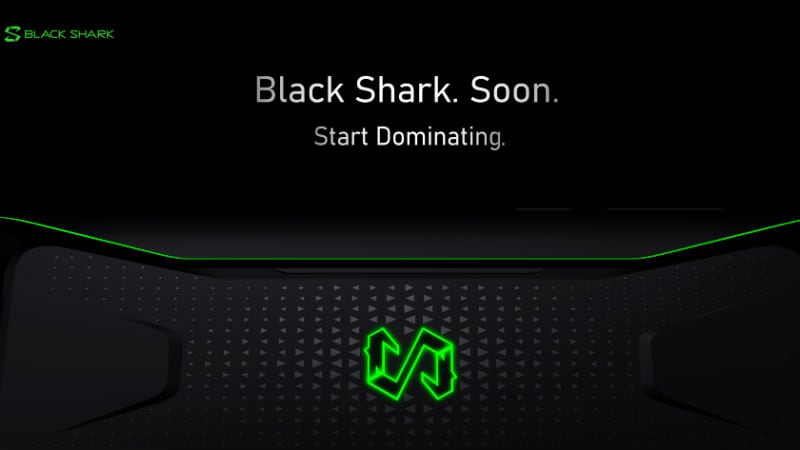 When the global Black Shark website was launched, besides showing the words 'Sharks Approaching' and 'Unleashing Soon', it did not provide any information about the global release of Black Shark or Black Shark Helo. Though, the website had indicated that one of the smartphones will step outside of its home market. The website provides interested users with a space to fill up their email address so that they receive notifications about any update. Now, as per the latest notification mail sent to the "early supporters", Black Shark claims that "something big" is happening on November 9, teasing a possible global launch of the Black Shark Helo.

The email from Black Shark, reads as, "So, what's happening? It's a secret! Nobody knows! We don't even know! Wait, sorry, that's not true at all. We totally know what's happening on November 9th. I got a bit too carried away with the whole 'mystery' element of this email. So, yeah, we know. But we can't tell you... yet." It is, however, worth noting that there is no official confirmation from the company that the handset will actually release in the international market on that particular date or not.

The Black Shark Helo is a dual-SIM (Nano) smartphone that features a 6.01-inch (1080x2160 pixels) display. The smartphone is powered by a Qualcomm Snapdragon 845 SoC, paired with Adreno 630 GPU and three different RAM and storage models. It comes in 6GB, 8GB, and 10GB RAM variants.

In terms of optics, the Black Shark Helo sports a dual-rear camera setup with a 12-megapixel primary sensor and a 20-megapixel secondary sensor, both with f/1.75 aperture and LED flash. The smartphone bears a front camera with a 20-megapixel sensor with f/2.2 aperture.