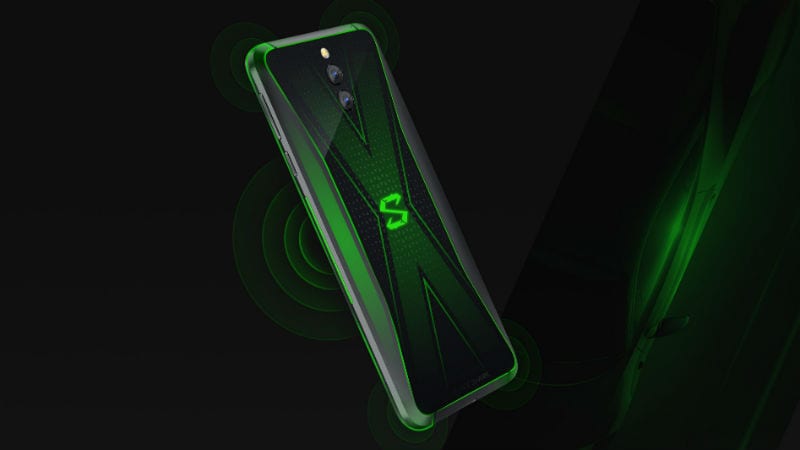 The Black Shark is equipped with a new liquid cooling system that leverages double heat pipe partition to prevent the handset from overheating. The company is also touting the presence of an X+1 antenna, ensuring better connectivity. It also comes with front stereo speakers. The other key highlights of the handset include up to 10GB of RAM, 6.01-inch display, Snapdragon 845 SoC, independent image processing chip, and more. Black Shark also announced a controller dock for the Black Shark Helo, called as Black Shark Biplane Handle. The controller comes with a joystick and other buttons, and can be connected to the handset. The 6GB and 8GB RAM variants will ship with a Biplane Handle for the left side and the 10GB RAM model will get one on both the sides.

In terms of optics, the Black Shark Helo features the same set of cameras as the ones present in the previous version. It has a dual-rear camera setup with a 12-megapixel primary sensor and a 20-megapixel secondary sensor, both with f/1.75 aperture and LED flash. It has a front camera with a 20-megapixel sensor with f/2.2 aperture.