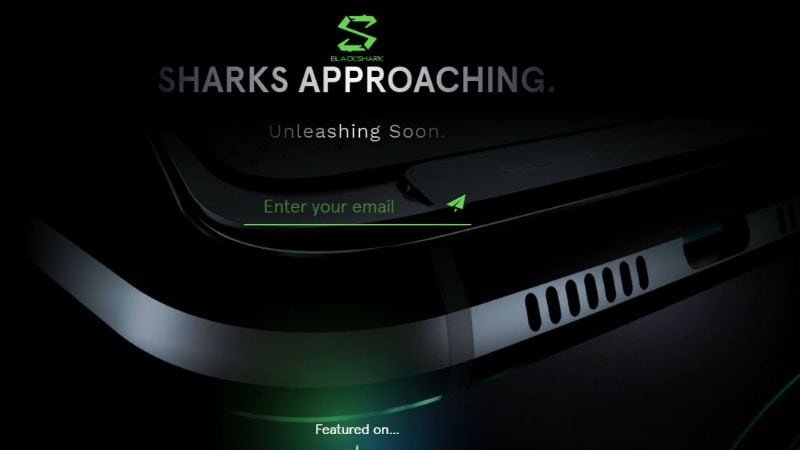 Xiaomi-backed gaming company Black Shark appears set to launch internationally soon. The Xiaomi-backed brand Black Shark had launched its first gaming smartphone in China earlier this year to take on rivals like the Razer Phone. While Razer recently unveiled its second-generation flagship, the brand seems ready for a global launch of the Black Shark. Recently, a successor to the Black Shark was certified in China, suggesting that an upgraded variant is coming. Now, a global version of the company's website has gone live, teasing an upcoming international launch.

The new global Black Shark website displays words such a 'Sharks Approaching' and 'Unleashing Soon'. It does not provide any more details about the global release of Black Shark or its successor, but according to the website, the phone will finally step outside of its home market. Meanwhile, the website provides interested users with a space to fill up their email address so that they receive notifications about any update.

According to a recent listing on a Chinese certification site, the Black Shark 2 sports a 5.99-inch full-HD+ display, same as the original model. It will be fuelled by a 4,000mAh battery, again the same as the predecessor. The new model could, however, be slightly thinner and compact in size than its previous generation. If we look at the hardware of the original Black Shark smartphone, its successor is expected to be powered by a Qualcomm Snapdragon 845 SoC, coupled with Adreno 630 GPU and up to 8GB of RAM. The smartphone could also have a dedicated liquid cooling technology to offer out-of-the-box thermal management for an enhanced gaming experience.